Warmun (Turkey Creek) is located south of Lake Argyle on the eastern aspect of the Kimberley and is home to approximately 600 people. The township is surrounded by the significant cattle stations: Bow River, Old Texas Downs, Mistake Creek and Bedford Downs. The Ord River takes it origin further to the south and the spiritual Bungle Bungle Ranges form the backdrop of the region. The community was known as Turkey Creek for many years, but it has since reverted to the Aboriginal name for the area. 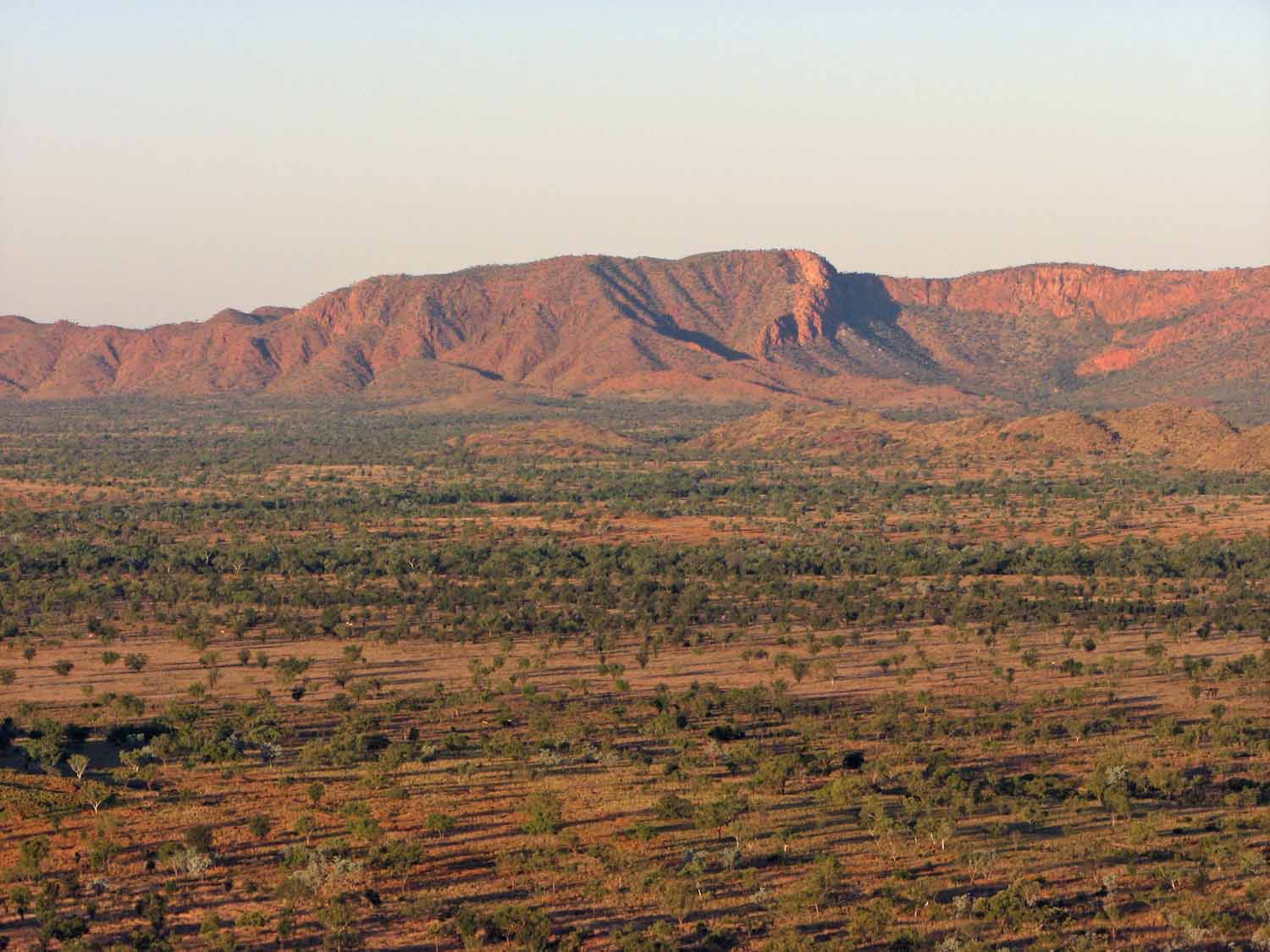 The main language of the region is Gija, The community is home to nearly 600 people, mainly Gija speakers, but also includes Aboriginal people from other language groups.

The history of the East Kimberley from the time of the arrival of the cattlemen in the nineteenth century was often marked by violent encounters with the Aboriginal people. There are massacres of entire encampments, shootings and poisonings in retaliation for spearing of cattle and other incidents. However, many Aboriginals, known as ‘outlaws’, took up arms against the encroaching cattlemen.

The Government of Western Australia established a ration depot at Turkey Creek in 1901. In the following decade Moola Bulla and Violet Valley were established as government-run cattle stations with the ultimate aim of assimilation of the Aboriginal population. There was resistance to the government’s attempt to relocated Indigenous families to these settlements. However, the government department started to deny rations to those not living in the settlements and local police forcibly moved the inhabitants. Eventually, the settlements of Violet Valley and Moola Bulla were sold to Europeans as pastoral leases in 1943 and 1955 respectively.

The Warmun community was established in the 1970s at Turkey Creek, near the old Violet Valley Station and this has provided a measure of independence to the local Aboriginal people.

The art of the Warmun community, known as Turkey Creek in the East Kimberley, is a powerful art form of modern ochre painting, completely different from the dot style developed in the central desert area. The East Kimberley style is characterised by expanses or blocks of single colour which are interspersed by white dotted lines. The picture plane is divided up into differing tonal areas imbuing the paintings with an aerial perspective.

The history of the area – in particular the massacres and forced relocation – has been passed down in oral tradition and are now the subject of much of the art of Warmun. One of the most brutal killings was at Lajibany by stockmen from Old Texas Downs station. The event was witnessed by an old man who hid in the body of a bullock killed by the Aboriginals. This story has been embedded within the imagery of the sacred geography of the Kimberley landscape by artists Queenie McKenzie and Rover Thomas.

In 1975, the spirit of a woman revealed the Kuril Kuril ceremony in a series of dreams to Rover Thomas, who collaborated with Paddy Jaminji to paint symbols of the visions which were then part of the ensuing ceremony. This was the beginning of the contemporary art movement of the East Kimberley region.

In the first part of the collaboration, Jaminji commenced the painting cycle under direction from Rover Thomas in the late 1970s and it was not until 1982-3 that Rover Thomas took up painting. Born somewhere near the edge of the Gibson Desert, a substantial aspect of Thomas’ work resonates with “the senses of mind and space, of place and person”1 through partial visualised memories of his birth place. However, Thomas depicted the land around Warmun, which is part of the Gija homeland and his adopted country. 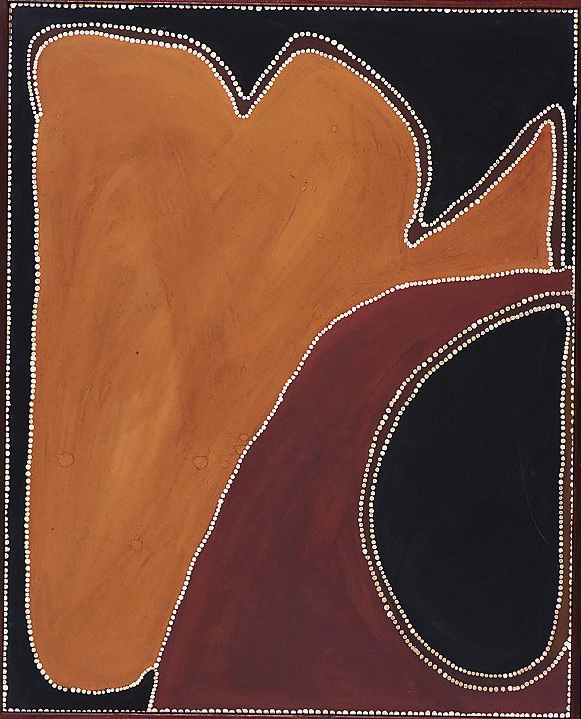 As a stockman, he had gained a sound working knowledge of the territory, particularly the cattle stations which are imbued in his art, and are rich in texture and meaning.

There is an unhindered sense of space in his compositions, which were the precursors of a new and unique style of landscape painting to emerge from the East Kimberley. The artists who followed at Warmun, have cemented this style in the rendering of country and tradition in all its diversity, yet have maintained their own individual relationship with the land and its representation. Water courses, rock formations, distant hills, clay pans, iconic markers which recall events or name places, are set against the flat elements of water, sky and earth.

Waringarri Aboriginal Arts in Kununurra has represented a number of the artists since 1985. However in direct response to the pressure by a number of Warmun painters, particularly Queenie McKenzie, the Warmun Art Centre was established in the old Turkey Creek Post Office and Telegraph Station in 1998 and supported by ANKAAA.2 However, a number of other artists aligned with Jirrawun Art at Kununurra, also founded in 1998.

The Warmun Art Centre is owned and run by the artists to promote Gija culture and arts drawn from their Ngarrangkarni (Dreaming). Their paintings have mapped particular sites and stories, capturing both the physical concept of the layout of the land and the spirituality associated with it. This is depicted in distinctive broad patterns created with natural earth ochre that is mixed with a fixative often derived from the gum of eucalyptus trees.