The community of Kintore is 530 kilometres west of Alice Springs in southwest Northern Territory, near the border with Western Australia. Kintore is found at the foot of culturally important hills, known as the Pulikatjara (Two Hills). The community is situated near Kintore Range (Perente), which includes Mount Leisler and Mount Strickland. The landscape is characterised by the iconic red sand and green spinifex grasslands. 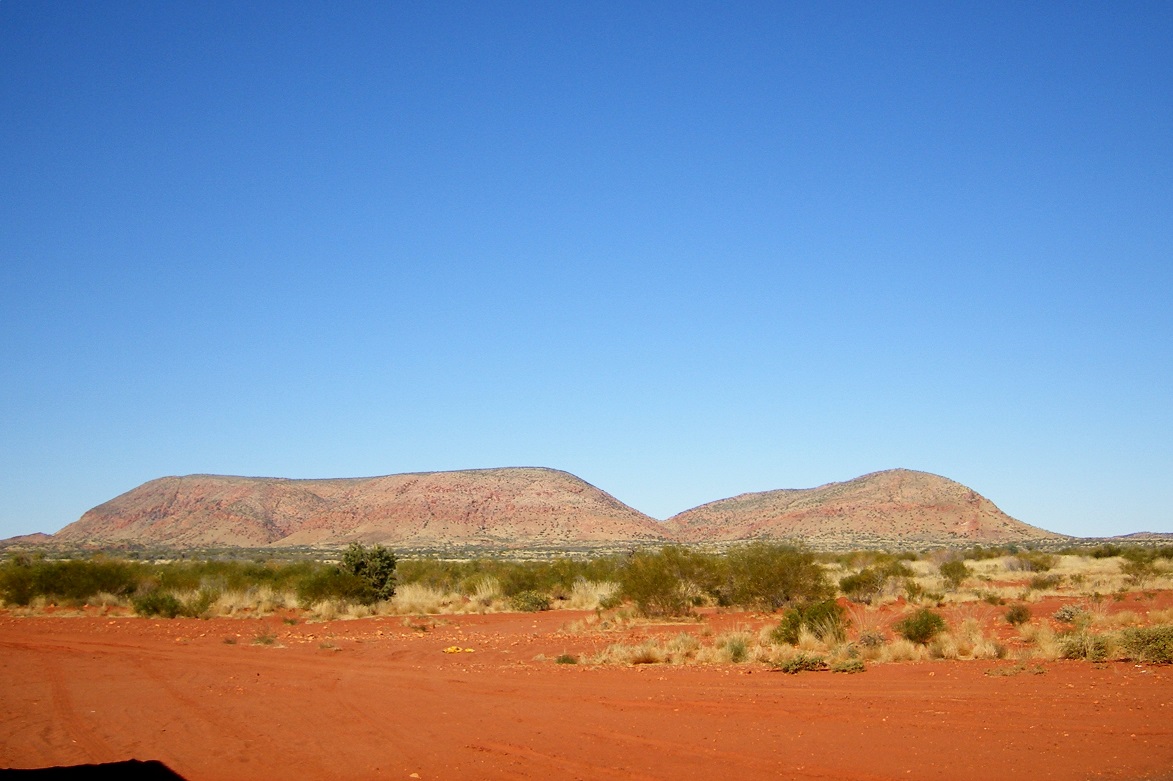 The main language spoken in the Kintore community is Pintubi-Luritja, but the languages of Warlpiri, Arrenda and Pitjantjatjara are also spoken.1

Aboriginal people have lived in the central and western desert region for many thousands of years. William Harry Tietkens (1844-1933) was the first white man to explore the region in 1889 and named the nearby mountain ranges. There was no further known exploration of the area until the late 1950s and early 1960s when Len Beadell, a surveyor with the Australian Army, investigated the area’s suitability for an intercontinental ballistic missiles testing range.

The Pintupi people of the area had experienced no prior contact with white settlers prior to the 1960s and had continued to live a traditional life. Following the establishment of the Woomera Rocket Range, they were removed from their country and relocated at Papunya where they were mixed with Warlpiri, Arrernte, Luritja and Anmatyerr people.

During the 1970s and 1980s, the growing strength of the land rights movement saw many Pintupi people move back to homelands in western central Australia. The ‘outstation movement’ – as it was known – involved Papunya residents establishing small communities at Kintore, Kiwirrkurra and Kaakuratintja.

Kintore is now overseen by the Walungurru Council (now part of the Western MacDonnell Shire) and has a school, store, airstrip, health clinic and art centre.

A number of Pintupi artists began painting at Papunya in the 1970s and continued this practice when they moved back to Kintore and other outstations in the 1980s. Ronnie Tjampitjinpa, who worked with the original painting group at Papunya, has inspired other Kintore artists with his distinctive striped style. At first only senior men painted, but gradually, more senior women picked up the brush, perhaps inspired by neighbouring female artists at Haasts Bluff. Some of the female artists have eclipsed the male artists in their reputation – in particular Ningura Napurrurla – whose work is infused into the very architecture of the Musee du Quai Branly in Paris, France.

The Kintore style of painting is characterised by bright bold colours – often the traditional red, yellow, white and black – and strong geometric markings often deploying lines and circles. The paintings work successfully as minimal abstract paintings, which belies the important content based on the artist’s spiritual connection to and knowledge of the land, its flora and fauna and mythologies. 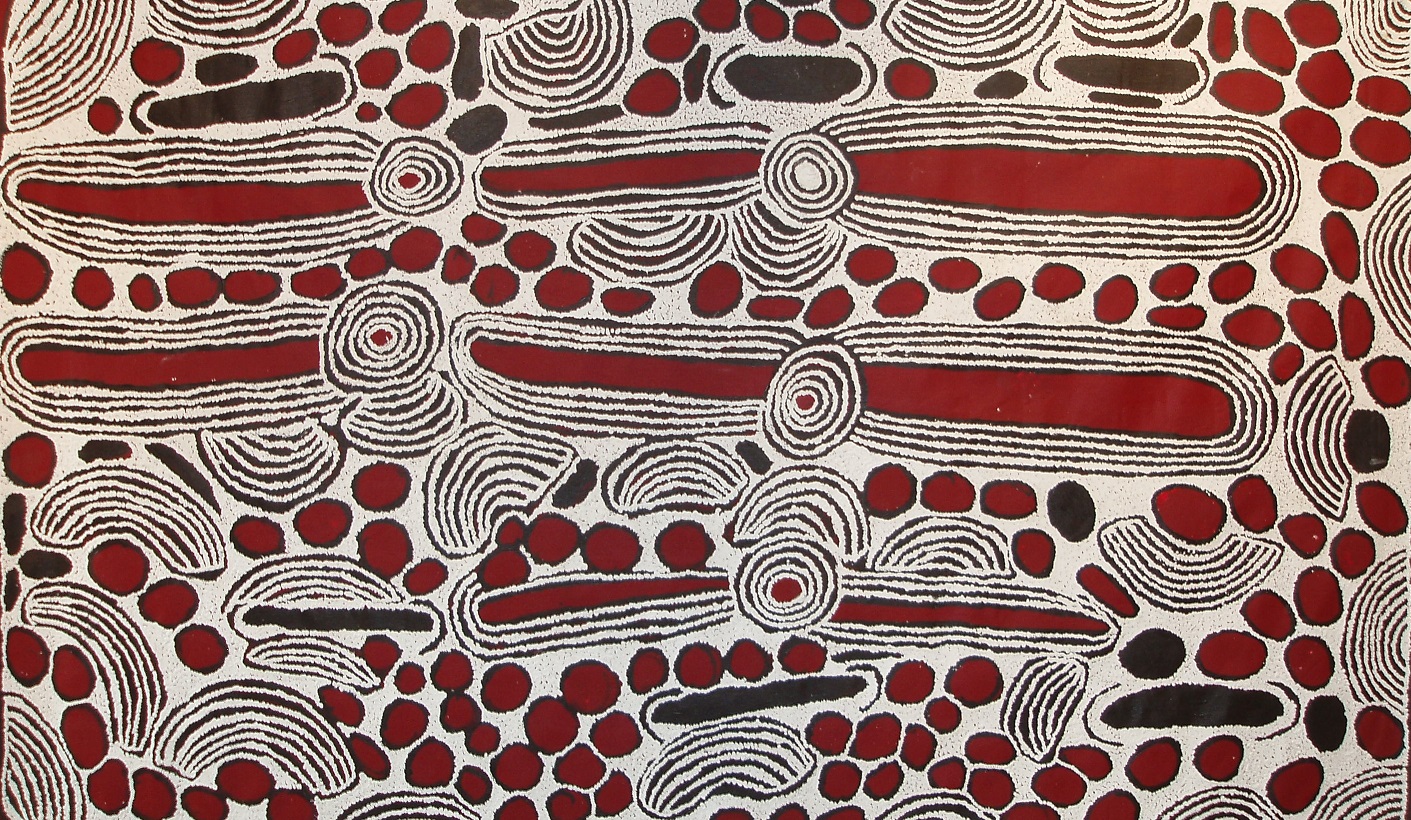 Many works feature Tingari designs related to secret/sacred men’s business involving the travels of the Pintupi ancestors as they created geographical features and cultural law. Women’s paintings are usually related to the stories of the female ancestors and women’s ceremonies, particularly significant sites such as the rock hole east of Kiwirrkurra and the soakage site at Walungurru.