Lajamanu is situated between Alice Springs, around 600 kilmetres to the southeast and Darwin, around 870 kilometres north, at the northern edge of the Tanami Desert. It is semi-arid country with tracts of spinifex grass. Traditional food hunting includes goanna, lizards, bush coconut and bush banana. The area was originally called Hooker Creek and is traditionally the land of the Gurindji people. 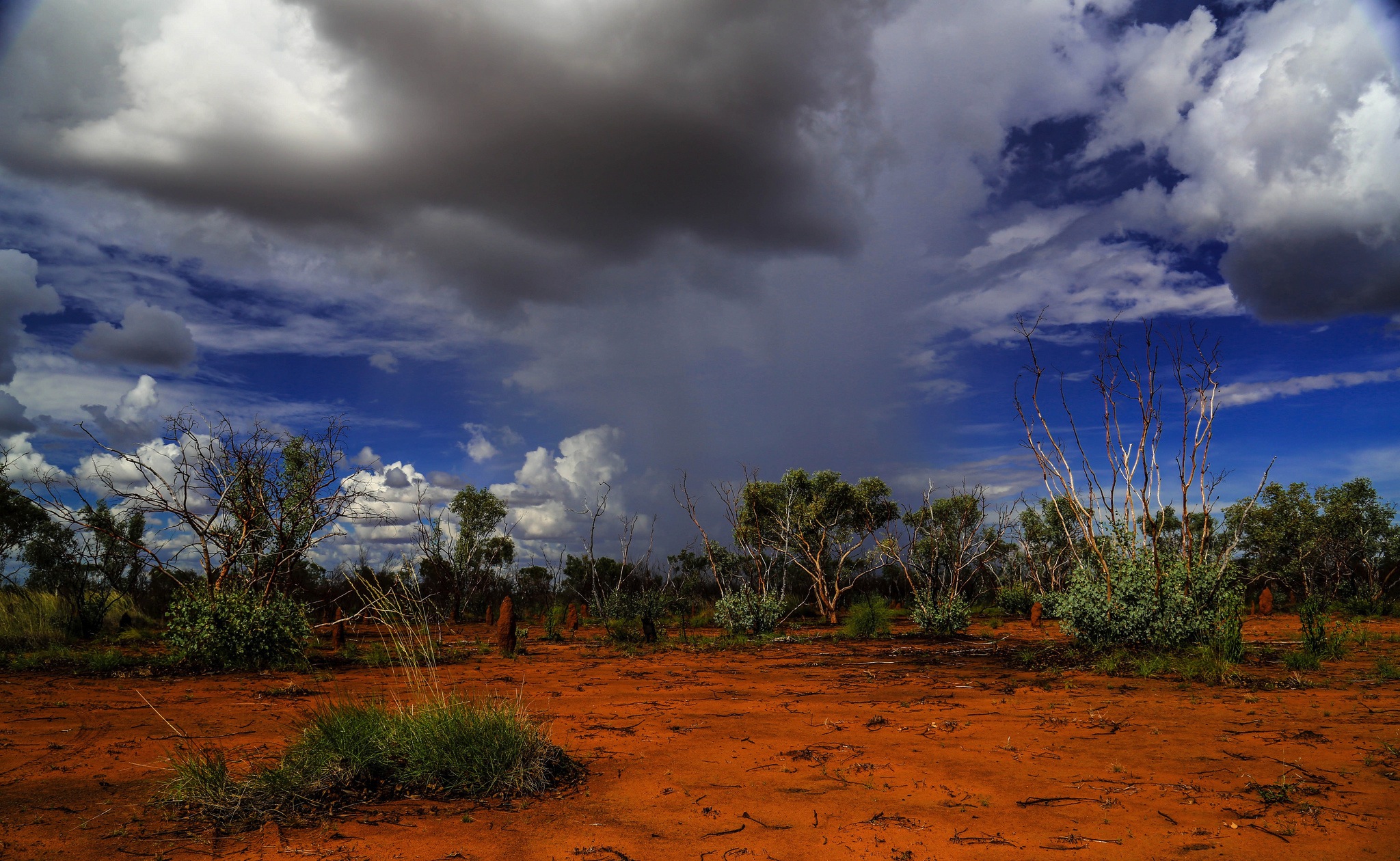 The settlement of Lajamanu was established in 1949 when the Federal Government decided to set up an Aboriginal Reserve at Catfish, a permanent waterhole almost 600 kilometres north of the Warlpiri settlement of Yuendumu, to alleviate overcrowding and water shortages at the settlement. The Native Affairs Branch sent twenty-five Warlpiri men in a truck to Catfish, however the men camped at Hooker Creek and the settlement was established there instead. Forced from their homeland, their relatives and the important connection with country, the Warlpiri people walked the 500 kilometres back to Yuendumu. These return journeys occurred in 1951, 1958 and 1968 before the community was accepted, although their spiritual home remained in the southern Tanami.

A series of ceremonies were conducted in the late seventies in which the Gurindji people of the Wave Hill area handed over the country and the Dreaming (Spectacled Hare Wallaby or Wampana) to the Warlpiri: a unique occurrence. 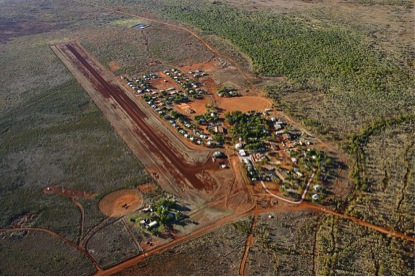 There is now a community of over 700 with a strong cultural identity. Many people belong to the original families who settled here between 1948 and 1951 and there is still a strong connection to Yuendumu and other communities such as Willowra and Daguragu. Lajamanu has a school, a health centre and an arts centre.

However there was great concern within the community in regard to the production of art for a commercial market – in particular the dangers of revealing secret/sacred material to the uninitiated – which had previously been restricted to ceremonial use. In 1985 following public meetings and discussions, the elders agreed that painting could be a used as a method of maintaining cultural identity, as well as having economical and educational value. In early 1986 a painting course was run by John Quinn and was popular with both men and women. In 1987 painting on canvas was introduced; prior to this the artists embraced a range of materials including boards, cardboard, old swags and wooden panels from houses. Although these artists had never before used pencils or brushes, art was a central part of life borne from drawing in the sand or applying ochre to the body. The Warnayaka Art Centre was established in 1991.

In 1988 the National Gallery of Victoria acquired a series of forty paintings by the men of Lajamanu, created in the initial phase. The Gallery also acquired a series by Lajamanu women, who created paintings of their jukurrpa (dreaming) for teaching the children at the school. 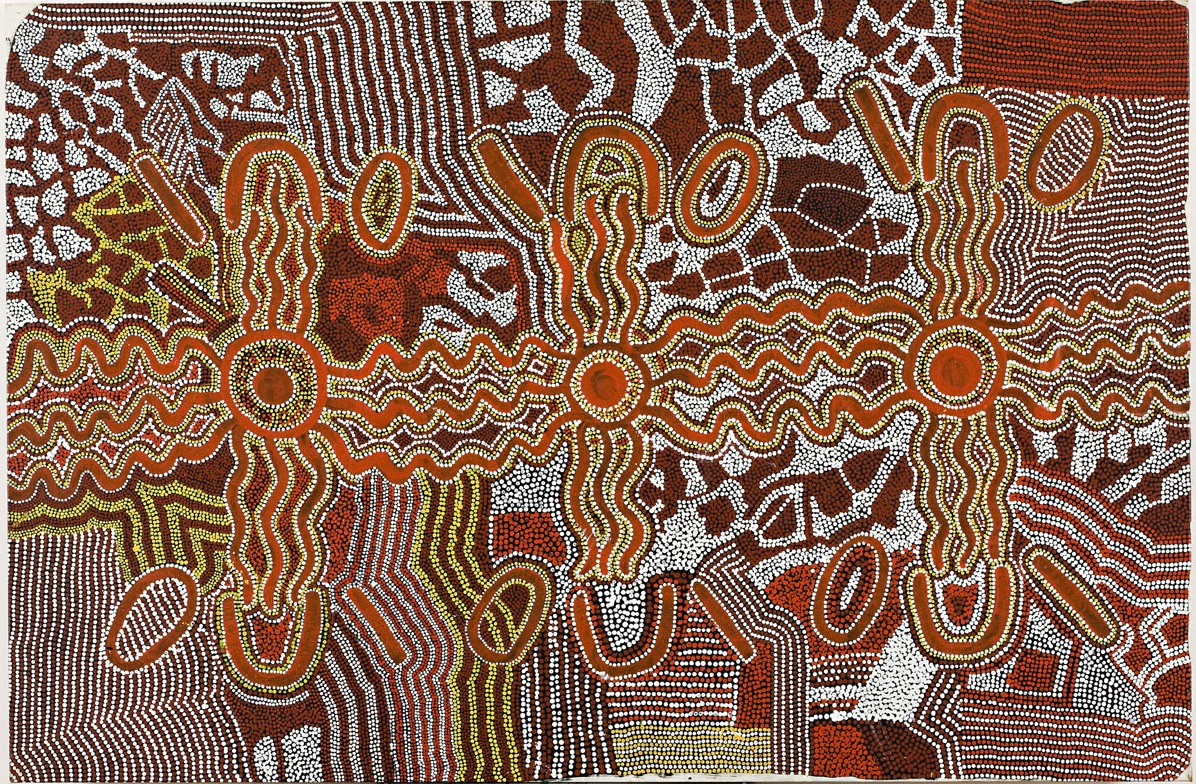 The artists usually paint their jukurrpa with men’s paintings tending towards track lines of ancestral journeys and women’s paintings (often more curvilinear) more concerned with fertility and linked to specific sites. Both feature the use of bold colours.

Perhaps the most well known artist from this region is Lorna Fencer Napurrula whose colourful and vibrant paintings have been exhibited around the world. A senior Warlpiri and important teacher within the community, she was forcibly moved from the Tanami Desert to Lajamanu in 1949 however maintained a enduring link to her traditional country through ceremony and art. She was one of the original women artists involved in the creation of painting in 1986 at Lajamanu and continued painting for the Warnayaka Art Centre. She was a custodian of the stories relating to the Yarla (yam or bush potato) and caterpillar (luju) and her paintings often reflect the journeys of Napurrula and Nakamarra women.

It was around the mid-1990s that her individual style strongly emerged and was celebrated in numerous exhibitions, including around 20 solo shows from 1990s until her death in 2006. A touring exhibition of her work, Yulyurlu (curated by Margie West) was shown around Australia from 2011 to 2013. Her work is included in important collections including the National Gallery of Victoria, Melbourne; Museums and Art Galleries of the Northern Territory, Gold Coast City Art Gallery, Museum of Victoria, the Holmes a Court Collection, ArtBank, Ganter Myer Collection and the Margaret Carnegie Collection.