The Roper River flows from the Stuart Highway to the Gulf of Carpentaria along the southern boundary of Arnhem Land. As the Roper snakes its way towards the Gulf, it snuggles against the tiny community of Ngukurr, a former Anglican mission that is located on hilly ground, 330 kilometres south east of Katherine. 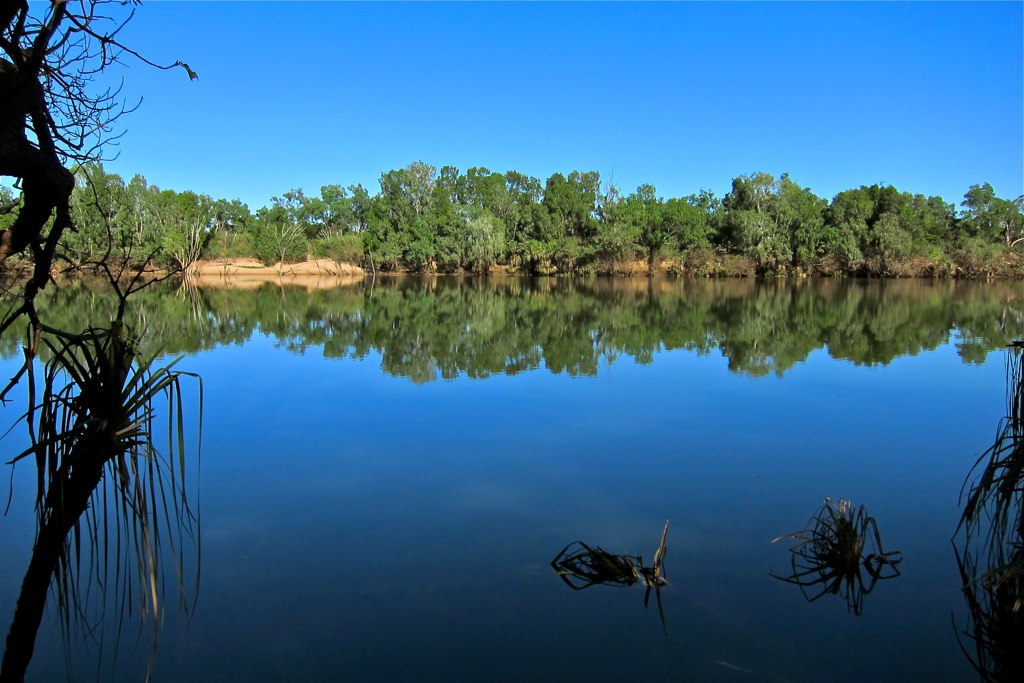 Ngukurr is fresh water country, and is home to over 1,000 people from the surrounding region and includes seven language and clan groups, the Mara, Ngandi, Alawa, Nunggubuyu, Rittarrngu, Wandarang and Ngalakan. The main language is Kriol and the people refer to themselves as Yugul Mangi (all together as one).

Ngukurr was a former Victorian Church Mission established in 1908 along the Roper River in southeast Arnhem Land. Ngukurr is located on the north side of the Roper, and the only access road was on the south side, resulting in the community being isolated during the wet season. Access during the wet season is only by air or boat from Roper Bar. Many of the south east Arnhem clans living at Ngukurr have traditional country to the south of the Roper and accordingly the location of the mission on the northern side of the River meant that they were isolated from their homelands. During the Dry, Ngukurr is accessible by road from Katherine and Darwin. The mission incorporated a school, which was attended by many of the senior artists. 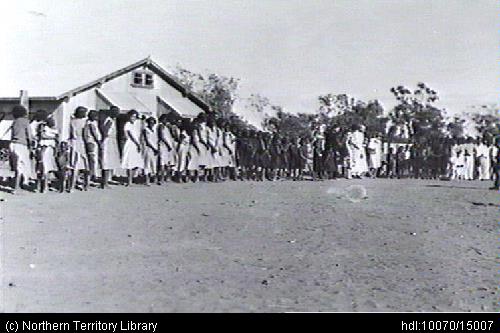 The Government took over the mission in 1968 and in 1988 Yugul Mangi Aboriginal Corporation was registered to manage the area. In 2008, the Roper Gulf Shire Council commenced the administration of the area as part of the Federal Government policy of intervention. The Yugul Mangi, however, still exists in its own right.

In 1986 the Northern Territory Open College of TAFE established a printmaking workshop in Ngukurr. The workshop was run by Eddie Kurzer and focused on simple printing techniques, such as hand-cut stencils that were printed on to cotton and t-shirts and usually featured artefact or animal designs.

In 1987, painting and printing workshops were organised at the artists’ request through the Northern Territory Education Department, and Sydney artist John Nelson introduced a painting course whereby artists worked with large canvases and had an unlimited opportunity to experiment with coloured paints. The first paintings, seen as maverick paintings by some, were shown in 1987, in the Fourth National Aboriginal Art Award at the Museum and Art Galleries of the Northern Territory, Darwin. These large, brilliantly coloured, innovative paintings, both irregular in scale and spontaneous in method, not only achieved instant acclaim from collectors but also heralded a new direction in Indigenous art. Amongst the first artists involved in the painting workshop were Ginger Riley Munduwalawala, Djambu Barra Barra, Amy Jirwulurr Johnson and Willie Gudabi. Gertie Huddleston began painting a few years later and quickly came to prominence. Other artists who came to prominence later, are still creating vibrant art in and around the Roper region.

Art from Ngukurr has a strong sense of storytelling and with its use of bold colour is vibrant, distinctive and varied. The landscape features prolific vegetation, spectacular wetlands and billabongs, which is reflected in the vividly coloured paintings produced by artists of this region. 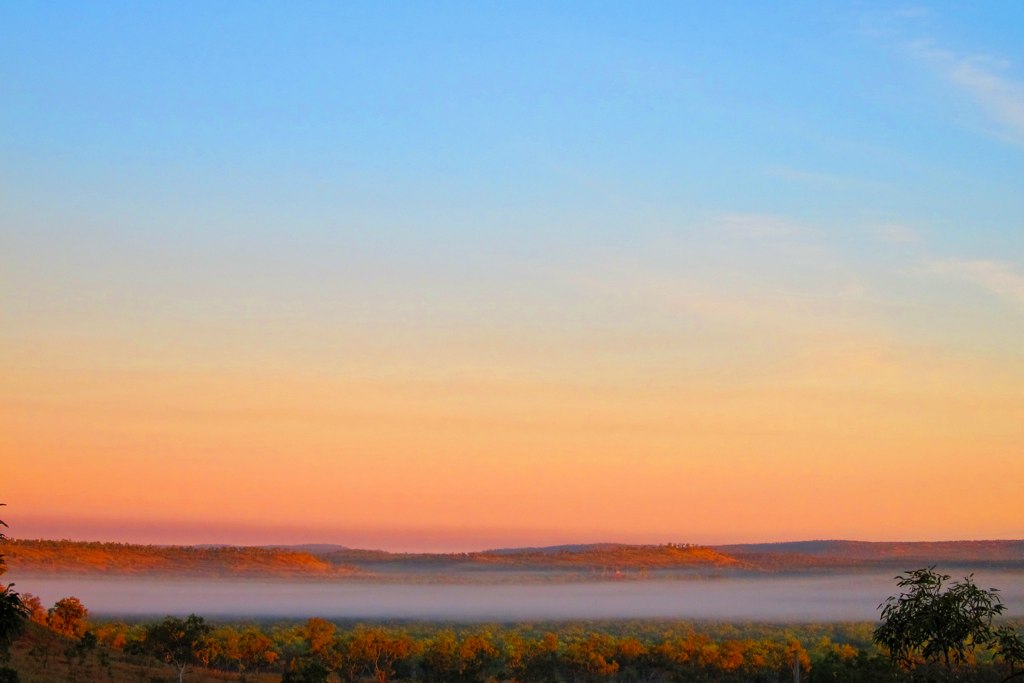 Ngukurr Arts has been operating since 1988, and is owned and governed by Ngukurr Art Aboriginal Corporation. The artists come from a vast area therefore a diverse range of art is created.

The most celebrated of the Ngukurr artists is Ginger Riley Munduwalawala (c.1937-2002). Riley was born in the bush in southeast Arnhem Land circa 1937, and went to school at the Roper River Mission. In the mid 1950s, while working as a stockman and labourer for Lord Vestey at Nutwood Downs Station, Riley met Albert Namatjira. Following his observation of Namatjira painting, Riley developed a desire to paint.

From the mid 1980s, Riley quickly developed his individual pictorial style of landscape painting representing fresh water and saltwater country, and the sky as a dominant feature both above and within his country. His paintings depict his mother’s country and are imbued with the repeated theme of Ngak Ngak, the sea eagle and Garrimala, dual serpent-creator. He chose not to use traditional ochres, considering that they belonged to the sphere of ceremony, and instead was attracted to bright, sometimes startling colours including bright blue, pink, purple and yellow. Riley referred to himself as a ‘tip painter’, painting on anything that came to hand. A major retrospective of his work was held at the National Gallery of Victoria in 1997.

We gratefully acknowledge the advice, assistance and use of research of Ngukurr Arts in the preparation of this text.

Ryan, Judith, From Reckitts Blue to Neon: The Colour and Power of Aboriginal Art in Colour Power, National Gallery of Victoria, 2004. P.105-6

Saldais, Maggie & Leary Karen, (ed.) Marking Our Time: Selected Works of the Art from the Aboriginal and Torres Strait Islander Collection at the National Gallery of Australia, Thames and Hudson (Australia), Melbourne, 1996