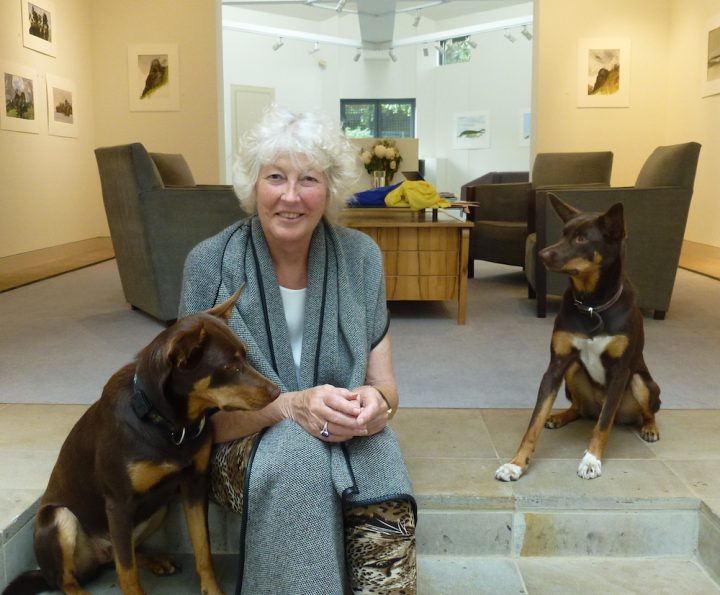 Aboriginal and Torres Strait Islander readers are advised this post includes the name of a person who has died.

It is with great sorrow and sadness Lauraine Diggins Fine Art advises of the death of our Gallery Founder and Director Lauraine Diggins OAM on 19thof April 2019. It has been a long cherished hope of Lauraine’s that the Gallery she created continues to provide into the future the same knowledge, passion and integrity for which Lauraine herself has been for so long admired and respected. This is a task to which Ruth Lovell, Gallery Manager, and Nerida Blanche, daughter and Assistant Gallery Manager and Michael Blanche, husband and Gallery Director, look to all the Gallery’s friends and supporters to help us to achieve.

We pay tribute to Lauraine and recognise and celebrate her dedication to the arts in Australia, most recently acknowledged by her award of the OAM in the Australia Day Honours, 26 January 2019 for her service to the museums and galleries sector. 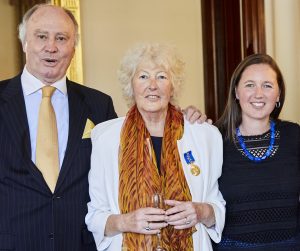 Michael Blanche, Lauraine Diggins and Nerida Blanche
at Lauraine’s investiture for her OAM 2019

The life of Gallery founder and Director, Lauraine Diggins OAM
will be honoured with a public memorial service on

Lauraine’s professional involvement in Australian art commenced in 1974, with her acquisition, almost on a whim, of Bartoni Gallery in South Yarra. It was obviously the right calling as she flourished and developed into the highly respected dealer of today. The early 1980s saw Lauraine compiling expansive exhibitions of Australian art showing from her home in North Caulfield before establishing a purpose-built gallery for Lauraine Diggins Fine Art in 1988 designed with architect Graeme Gunn, providing an environment of discretion, contemplation and warmth, opening with the exhibition The Antipodeans: Another Chapter. 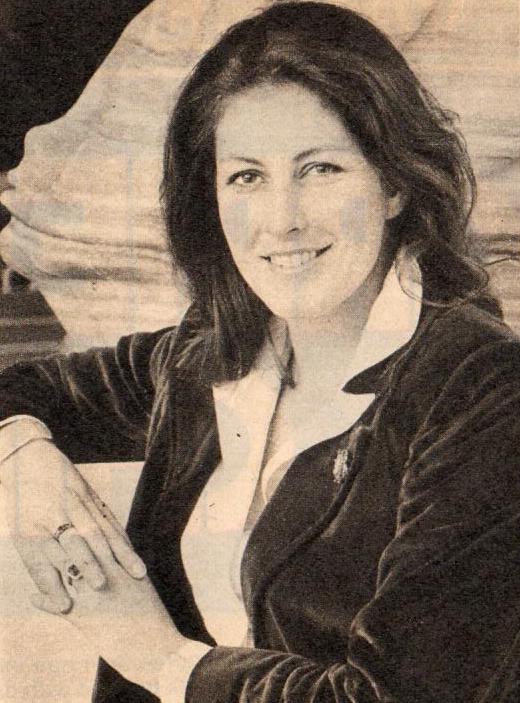 Her support of artists encompassed relationships and exhibitions from those just starting their career to others firmly established in the canons of Australian art history.

Her concern for providing a rounded experience for clients, from the private, corporate and institutional spheres, led many to becoming lifelong friends.

With her expertise and knowledge, Lauraine has assisted to bring a greater appreciation of Australian art to international attention with two exhibitions at the China Club, Hong Kong; SOFA Chicago; Australian Modern in Milan (2002); Memory as Landscape October Gallery, London (2005); ArtParis (2004-05-06) and the Moscow World Fine Art Fair (2008). Lauraine curated the milestone exhibition Myriad of Dreaming in 1989, which was accompanied by a fully illustrated scholarly catalogue. This seminal publication does much to explain the visual language of indigenous art and was used by the Melbourne Olympic bid for presentation to each of the Olympic delegates.

This passion for scholarship was partly out of respect for the integrity of each artwork but also her desire to provide an educative focus, an element emphasised through the Gallery website and publications, in particular the Collectors’ Exhibitions. Almost in spite of being a commercial gallery, Lauraine Diggins Fine Art hosts exhibitions which aim to not only promote Australian art but grow our understanding, with important and varied artworks and engaging expert writers and speakers. Her desire to share her expertise and knowledge in this educational way saw her write and speak in numerous forums, as well as developing the first private comprehensive course on the study of Australian art in 1992.

From 2000 – 2004, Lauraine represented the Aboriginal community, the Artists of Ampilatwatja and the Gallery continues to work with select artists from Utopia in central Australia, the area where the internationally celebrated artist Emily Kngwarray hailed from and an area of personal passion for Lauraine. The Gallery’s promotion of artists from Utopia through exhibitions both in Australia and internationally has brought their work to greater attention of collectors worldwide and led to the commission of Gloria Petyarr’s design for a scarf by the famous fashion house Hermes, the only Australian artist to be honoured in this way. Lauraine wore one of these scarves to her OAM investiture.

Lauraine was instrumental in establishing a partnership arrangement with Australian Unity to provide a food care and garden program in Utopia. Her love of indigenous art was the focus of an exhibition at Deakin University, An Individual Perspective, highlighting works from her personal collection (2009).

Her involvement in the arts extended beyond her Gallery walls, being an expert assessor for the government’s Protection of Moveable Cultural Heritage Act and the Cultural Gifts Program. Memberships included the Australian Antique and Art Dealers’ Association; the Aboriginal Art Association of Australia; the Art Consulting Association of Australia; signatory to the Indigenous Art Code; Art Gallery of Western Australia Foundation; Art Gallery of New South Wales Foundation; founder benefactor National Gallery of Victoria Foundation; foundation Member of the Queensland Art Gallery and National Gallery of Australia’s Foundations; Life Member, Shepparton Art Gallery and a member of all Australian state galleries. Lauraine was a board member of the National Gallery of Victoria Foundation from 1990 – 94. She was invited to be a patron of Mornington Peninsula Regional Gallery in 2002, having previously been a member of their art advisory board. She was an Industry Partner with The Ian Potter Museum of Art, University of Melbourne, Strategic Partnerships with Industry – Research and Training Scheme “Authentication of Australian Art – Artists’ Supports”, 2000 and a member of I-Leap, the Indigenous Leadership, Excellence and Achievement Program. She supported universities, in particular Deakin and Melbourne, through guest lecture series and board positions.

Outside of the arts, Lauraine’s interests and passions were never mere hobbies but integral to her life, and, never one to do things by halves, led to her involvement in a diverse range of pursuits: from skiing (coordinating St Catherine’s ski team) to opera (board member of Melbourne Opera) to dance (especially the Australian Ballet) to health and fitness (committee member for Women@TheAlfred) to wine (part owner of Scotchmans Hill) to horses (an avid equestrian from childhood), and unquestionably, dogs, which she was never without and which brought her such joy. She was an active member of the Lyceum Club and her adventurous spirit and passion for travel inspired experiences in numerous countries. However, her most treasured spot was the south coast of NSW, spending time with family and friends.

Lauraine inherited an interest in football from her father, Brighton Diggins, who was the first captain and playing coach to win a premiership at Carlton in 1938, as well as being a member of the South Melbourne Swans 1933 premiership team. Lauraine was the first female elected to the Carlton board in 2002 and remained a Director of the Carlton Football Club and Director of the Carlton Cricket and Football Social Club, including a year as Vice President, until early 2007.

Prior to becoming an art dealer Lauraine graduated as an Occupational Therapist, working for a period in this field and maintaining lifelong friendships within the group she studied with. She also worked for a time for the Australian Tourist Commission.

Of course the most influential and important aspect of her life was family and we acknowledge the profound loss to her husband Michael, daughter Nerida, son-in-law Aidan and grandchildren Luca and Camille. Our heartfelt thoughts are with them.

Lauraine was a generous, inspiring and formidable woman and very much the embodiment of ‘Lauraine Diggins Fine Art.’ We look forward to your continued support of the Gallery as her vital legacy. Lauraine Diggins Fine Art will continue to present stimulating exhibitions and source artworks for our clients, not only looking to Australian artists but also work with an international focus.