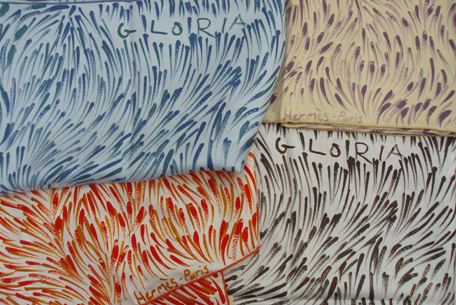 Gloria’s Leaf design was selected by Hermes for their 2009 collection, and has been released internationally. The design will feature on Hermes’ desireable silk scarves.
This commission came about as a result of Lauraine Diggins Fine Art exhibiting Gloria’s work at ArtParis 2006 where she caught the eye of artistic director of Hermes, Pierre Alexis Dumas.
Gloria’s works have been acquired by major public institutions and countless private collections both within Australia and internationally. She is regarded as being an intregal part of the history of painting in Utopia; an artist whose originality and diversity exemplifies the evolution, particularly of women’s art, from the eastern region of Central Australia.
Gloria’s Bush Medicine Leaf Dreaming is perhaps her most successful stylistic development. Through the use of abstraction and repetition, she represents the bush leaves collected by women creating a design with a dynamic sense of swirling movement. 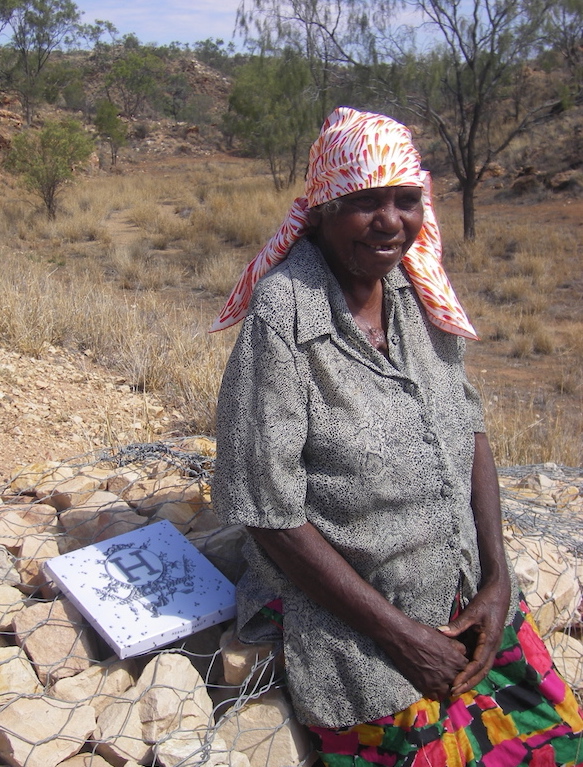