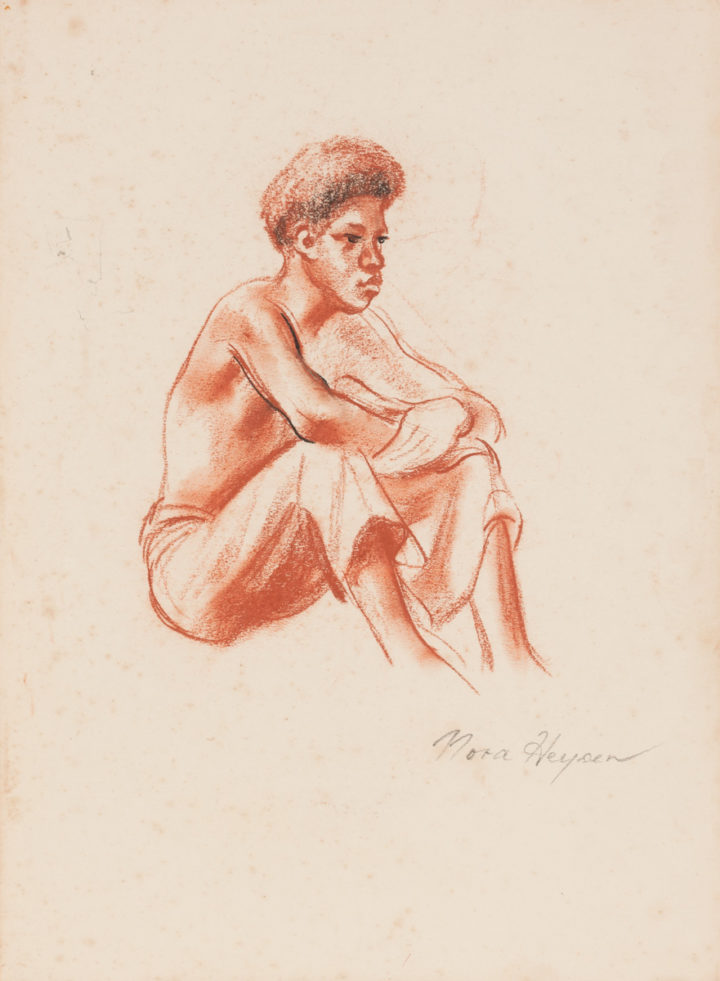 The Fierce Girls podcast series on the ABC recently featured artist NORA HEYSEN – first female artist to win the coveted Archibald Prize in 1938 and first woman to be appointed an official war artist.

Nora Heysen’s talent was recognised early by her father, the acclaimed artist Hans Heysen. As he noted in a letter to Lionel Lindsay June 1927 when Nora was aged 16 :

“Did I ever tell you – we have another artist in the family! Nora has decided on the profession, and is showing remarkable aptitude. She seems to possess the natural talent and endless industry and concentration to make a success of it … She draws quite naturally – has a splendid sense of proportion and feeling for design …”

Her skill as a draughtsman was built through dedicated study under a disciplined, academic drawing regime, firstly at the North Adelaide School of Fine Art and later at London Central School under Bernard Meninsky and the Byam Shaw School, where drawing from the live model was a fundamental component of the training.

Her mastery of drawing the human figure is unquestionable and her work exhibits strong modelling and graceful line. Her figures are drawn with authority and fidelity. Heysen moved to Sydney on her return to Australia and in 1943 she was appointed the first female official war artist, travelling to New Guinea where she later returned with her husband, Dr Robert Black, a specialist in tropical dieseases. Her ability to capture faces and people with an appealing accuracy and individual personality is especially revealed in these drawings.

View available works by Nora Heysen through our website