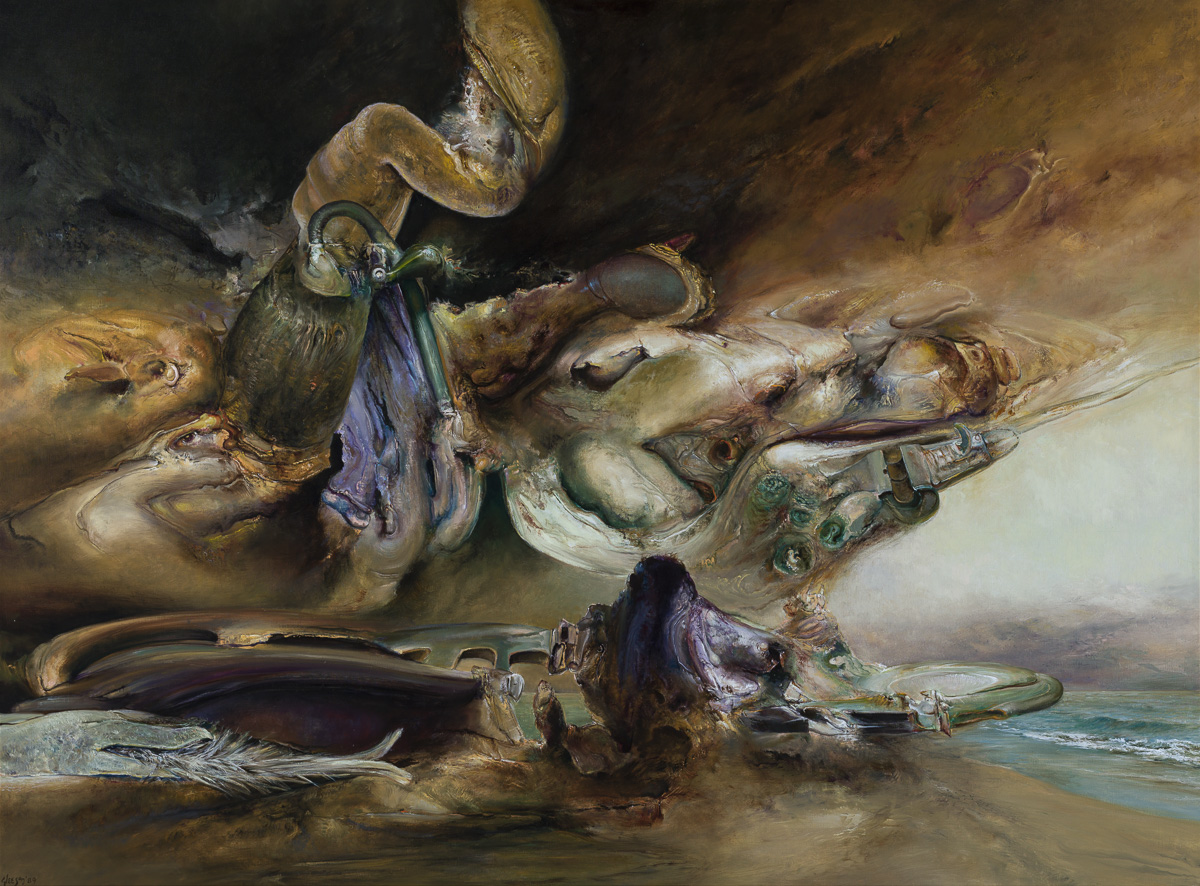 James Gleeson was born in Sydney in 1915 and brought up by his Aunt and Mother. He was three when his father died. Gleeson trained at East Sydney Technical College and then spent time teaching both at primary level and lecturing at Sydney Teachers College. From 1949 to 1972 he was art critic for the Sun and from 1962 for the Sun Herald. Throughout his life Gleeson travelled moderately, visiting Europe, the States, South America, South Pacific and Japan. He spent most of his life in Sydney.

Influenced particularly by artists such as Salvador Dali, Hieronymous Bosch and van Gogh, Gleeson succeeded in becoming Australia’s first and foremost surrealist artist. He invites the unconscious to appear seeking fuller self knowledge. Like many of the Surrealists, Gleeson kept paper and pen beside his bed to record his dreams and used various painting techniques including frottage, decalcomania and impasto.

By 1980s the artist had pushed the extreme of the figure so far that to him it had almost become unrecognizable, hence his work became more abstract as he no longer felt the need to use form at all. This resulted in his later works being mainly oil on large canvasses and is particularly pleasing, showing how Gleeson’s struggle within eventually matured to a more calm, balanced depiction.

___
James Gleeson’s artworks have been included in the following public and private collections: Lapsed Shadows Recycled to a Capable Coast of 1988 in the Art Gallery of New South Wales; The Opening Gate of 1989 in the Colin and Liz Laverty Collection; The Dance of 1989 in the James Fairfax Collection; The Darkening Stage of 1991 in the National Gallery of Victoria and The Secret Heart of the Headland of 1991 in the National Gallery of Australia.