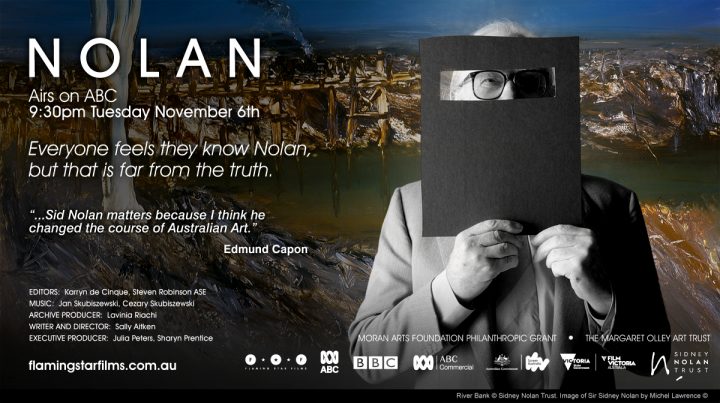 Following last week’s documentary on John Peter Russell (which you can now catch on iview), this Tuesday 6th November the ABC is screening a documentary on Sidney Nolan at 9.30pm.

Nolan’s iconic imagery, especially his Kelly series, is ingrained in the Australian psyche.

Everyone feels they know Nolan, but that is far from the truth.