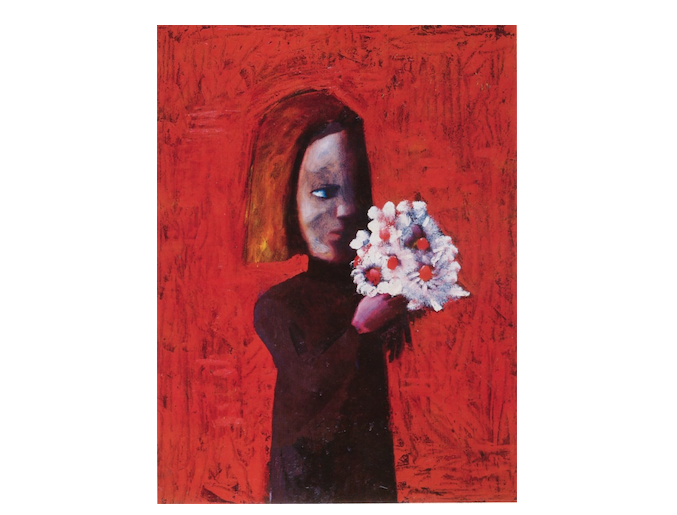 We pay tribute to Charles Blackman (1928 – 2018) who passed away Monday 20 August, aged 90. Represented in the National Gallery of Australia and in all public State Galleries, in addition to numerous private and corporate collections, his work is celebrated and widely recognised throughout Australia and internationally. Blackman was a self-taught artist and found inspiration for his art in personal references. His Schoolgirl and Alice in Wonderland series of artworks are particularly renowned. Drawing has always been an integral and essential part of Blackman’s artwork and the intimacy of his drawings are of great appeal. Although depictions of the world around him, they are often a personal reflection or response, felt rather than seen, and so evoke grander themes of the human experience.

Lauraine Diggins has fond memories of working with Charles for the exhibition A Line Around a Dream: Charles Blackman (1994) in particular his quick wit, generosity, and wonderful sense of humour. She recalls his great knowledge of music and literature, which shaped his art. “The innocence, humour and sometimes childlike naiveté, which comes through in his art, was a reflection of his own ‘larger than life’ personality. It was a privilege to know him and to be able to show his work. He had a truly wonderful capacity to create great art imbued with real emotion, which enable viewers to really share the experience and feel a connection. His contribution has made the world a richer place and his legacy will live through his art.”

The Charles Blackman Foundation released the following statement which can be read in full on the artsreview:

“It is with deep sadness that we announce this morning that our beloved father Charles Blackman OBE passed away just one week after his 90th birthday celebrations.

Charles Blackman is regarded as one of the most important figurative painters in Australia. Best known for his Schoolgirl and Alice in Wonderland series, Blackman’s artistic practice spanned painting, drawing, sculpture and tapestry, using his multidisciplinary approach to explore the female psyche, poetry, music and aesthetic philosophies.”