Hans Heysen migrated to Australia with his family from Germany in 1884 and took up art studies from a young age. From 1889, he studied in Europe, at the Academic Julian and Colarossi in Paris and travelled through Italy in 1903 before returning to Adelaide. He continued painting, inspired by the Australian landscape, and teaching, his students including Selma (Sally) Bartels whom he married in 1904.

In 1908, he held his first solo exhibition in Melbourne which was opened by the then Prime Minister Alfred Deakin and was a triumph, with critical acclaim and commissions forthcoming from important clients such as Dame Nellie Melba. His growing career success, following a second Melbourne exhibition in 1912, led to the acquisition of The Cedars, an extensive property in Hahndorf in the Adelaide Hills, where the Heysens raised their family and Hans was inspired to paint for the remainder of his years (he died in 1968).

The Cedars remains open to visitors who can visit Hans Heysen's studio, and that of his daughter Nora Heysen, and walk amongst the landscape which inspired his art. The property boasts a number of significant and majestic gums and Heysen was concerned to preserve the environment in its natural state.

Hans Heysen's fame and reputation grew and his work continues to be readily recognised, particularly his atmospheric depictions of light filtering through towering ancient gum trees. His passion for nature and engagement with the Australian landscape is clearly evident and celebrated in numerous awards, including a finalist in the Wynne Prize for Landscape (Art Gallery of New South Wales) a record nine times.

Heysen was a skilled draughtsman and worked in oils and watercolour, as well as drawings and etchings. His subject matter ranged from portraits, still life, genre subjects, and figurative and architectural studies in a range of medium. However, his greatest acclaim is as a landscape painter. Besides his personal vision of the gum tree, Heysen created a series of works inspired by his visits to the Flinders Ranges, which he visited 11 times between 1926 - 1949.

1959 Knight Bachelor for service to art

The Hahndorf Academy Heysen Prize for Landscape was established in 1977

The work of Hans Heysen is represented in all major institutions in Australia. 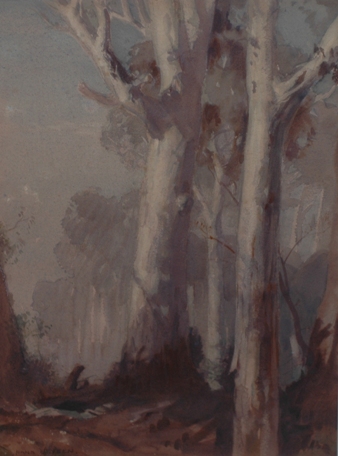 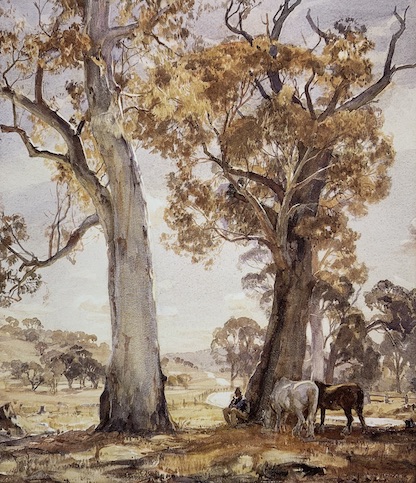