Peter Booth grew up in the industrial town of Sheffield. With its towering, smoking steel mills dominating the skyline, it is not surprising that a young Booth found this to be a claustrophobic environment and preferred to spend his weekends with his father, bike-riding beyond the city out to the serenity of the moors.

He left school at 15 and from 1956 to 1957, attended evening drawing classes at Sheffield College of Art while working as a copyboy for a local newspaper. Drawing has been central to his practice ever since, and he constantly recorded images with whatever scrap of paper was at hand; he also began keeping a dream diary in 1973.

In 1957, the Booth family immigrated to Australia, settling in the then semi-rural town of Altona. He attended the National Gallery School in 1962; the same year that John Brack was appointed its head, and found in Brack an inspirational mentor.

Graduating in 1965, Booth went on to teach painting at Prahran Technical College from 1966-69, as well as teaching drawing part-time at the National Gallery of Victoria Art School in 1967. Booth gained widespread recognition through his inclusion in The Field exhibition in 1968, the inaugural exhibition for the National Gallery of Victoria new building in St Kilda Rd. These early works, known as the 'block' paintings were highly architectural and demonstrating an intuitive skill in harmonizing colour. Despite their precision, however, these large scale pieces 'hinted at necessity for feeling to be more overt in the painting - if not for the viewer, than necessarily for the artist'.

From 1969-75, Booth worked in the Prints and Drawing section of the National Gallery of Victoria where he saw the work of William Blake and Goya, who profoundly influenced him. Booth's inspiration was also fuelled by countless authors, including Tolstoy, Singer, Lessing, and Marquez, whose dark and moody overtones appealed to Booth's perception of society.

The 'Block' painting series was followed by the 'Doorway' series (1970-74), in striking contrast to the works produced by his contemporaries. 1975 saw a drastic change in his work from thick blocks of darkness to volatile, vivid abstractions, coincided with recording his dreams. These drawings demonstrated the development of Booth's monstrous humanoid hybrids, his circular motifs, and the warping of the pictorial space.

During the 1980s Booth depicted several of these mutants, as well as solitary men who, like extras in a play, became recurring characters in the crowds of other works. Around this time, Booth began to illustrate oversized flakes of snow drifting over his figures and landscapes alike, a theme which has since predominated in his work. 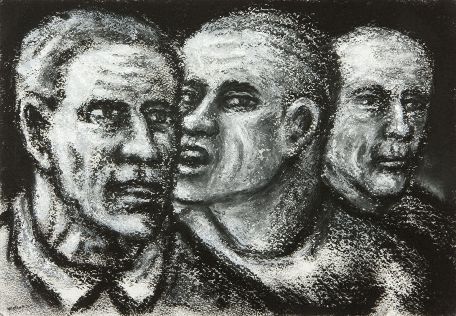 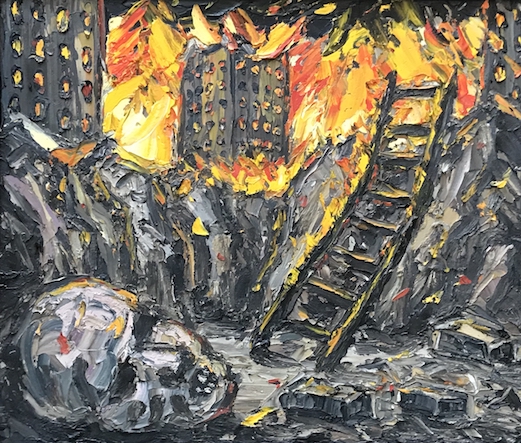 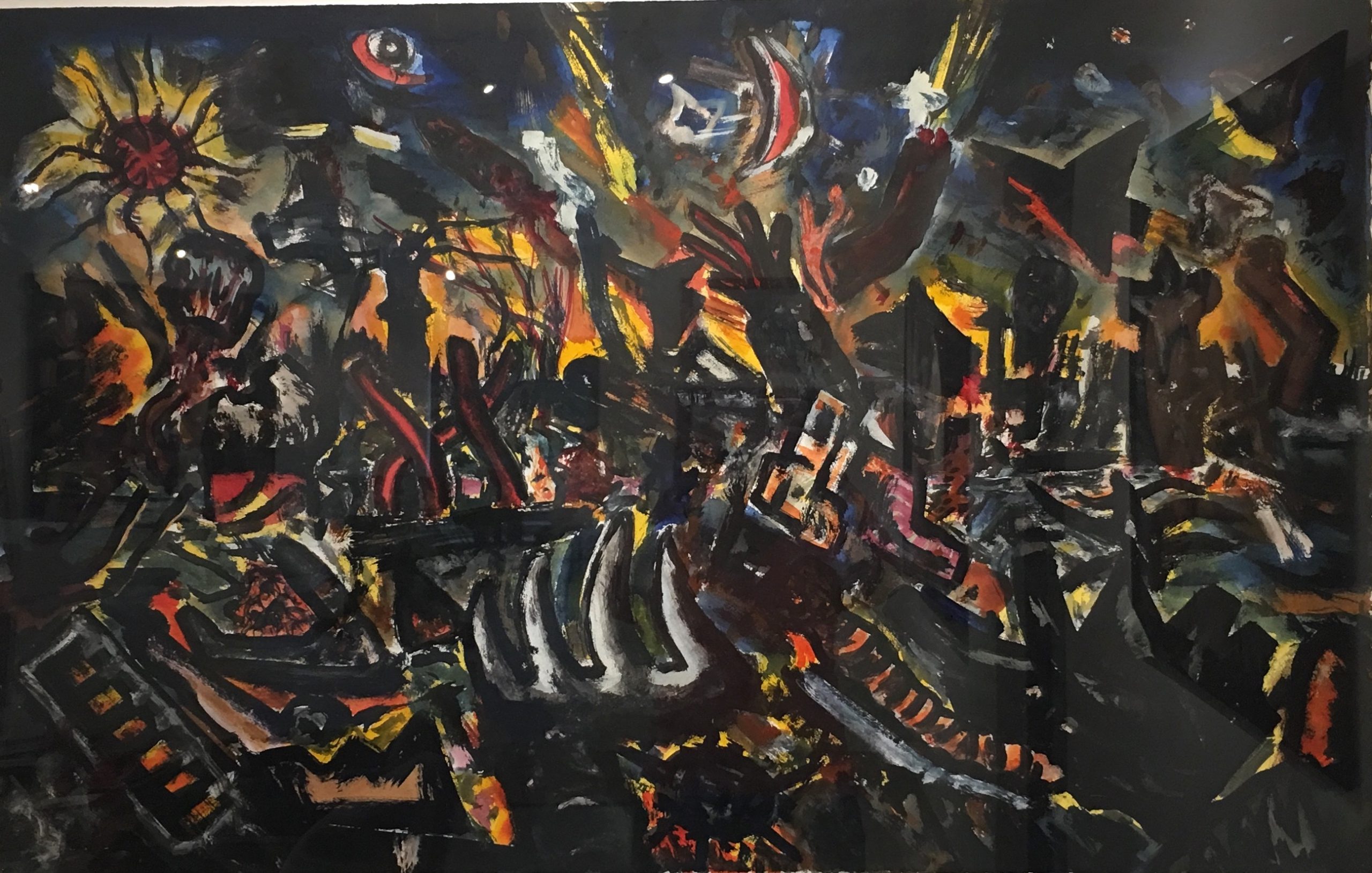