Marian Ellis Rowan (1848 - 1922) was a remarkable woman, inspired by the flora and fauna of the world to create her elegant artworks. She blurred the lines between fine art and natural history illustration with artworks characterised not only by their detailed accuracy but also her own compositional charm and touches of dramatic interest, such as the inclusion of insects. Earlier examples were often painted on coloured paper with the flowers arranged like a posy, usually in the middle of the picture, whilst later works incorporated more narrative elements, citing the plant in a setting, perhaps cloudy skies or drizzling rain or sometimes even a background landscape. This extends to her imagery of birds where they are carefully positioned amongst branches and foliage. The later works tend to fill the paper – sometimes with hanging or drooping leaves, or growing and reaching up, showing a greater compositional concern rather than botanical identification. There is also her tendency to sprinkle descriptive touches such as butterflies, caterpillars, beetles and other bugs, adding more life, colour, movement and giving a sense of scale.

Although Ellis Rowan is known for her extensive and adventurous global travel, she was particularly inspired by the gardens of her youth at Mount Macedon when her father acquired Derriweit Heights in 1872 : 26 acres with garden layout designed by W. R. Guilfoyle and government botanist Ferdinand Mueller advised on plantings. As Director of the Royal Botanic Gardens in Melbourne, von Mueller encouraged Ellis Rowan to submit her artworks for identification, recording many exotic species. He also provided her with useful contacts, particularly internationally.

Her husband, Captain Frederic Charles Rowan also encouraged her artistic career, following their marriage in 1873 and his travels allowed her to accompany him and continue her pursuit of depicting wildflowers. After his premature death in 1892, Ellis Rowan was able to renew her travels with a greater freedom, spending time in New Zealand; London; New York; California; Cuba; the Caribbean; Papua New Guinea; Queensland; Kalgoorlie; Broken Hill; the Grampians.

The delicacy of her paintings and fragility of her materials, predominately watercolour and gouache on paper, belie the challenging conditions she travelled to capture her subject, usually painted in situ and from life – including the rainforests of Queensland; wildflowers in remote Western Australia; tropical Papua New Guinea; mountains of New Zealand; the foothills of the Himalayas; a decade long trip to England where her work was collected by Queen Victoria; and America where she collaborated on texts which became standards for botany students (A Guide to the Wildflowers 1899; A Guide to the Trees, 1900; Southern Wildflowers and Trees, 1901).

Check the stockroom for artworks by Marian Ellis Rowan

1869    Travel to England and possible study through connections of her uncle, the Royal Academician Sir Charles Eastlake

1880    Awarded Gold Medal at opening of the Exhibition Buildings, Melbourne

1887    Visits Queensland and series of etchings included in Australasia Illustrated

1893    Awarded Gold Medal World Columbian Exhibition, Chicago; Visits New Zealand; commission for The Australian Club (other commissions of the early 1890s include for the dining Room at the Victoria Racing Club and murals for Janet Clarke at Clivedon); holds first commercial solo exhibition

1898    Publishes autobiography, A Flower Hunter in Queensland and New Zealand 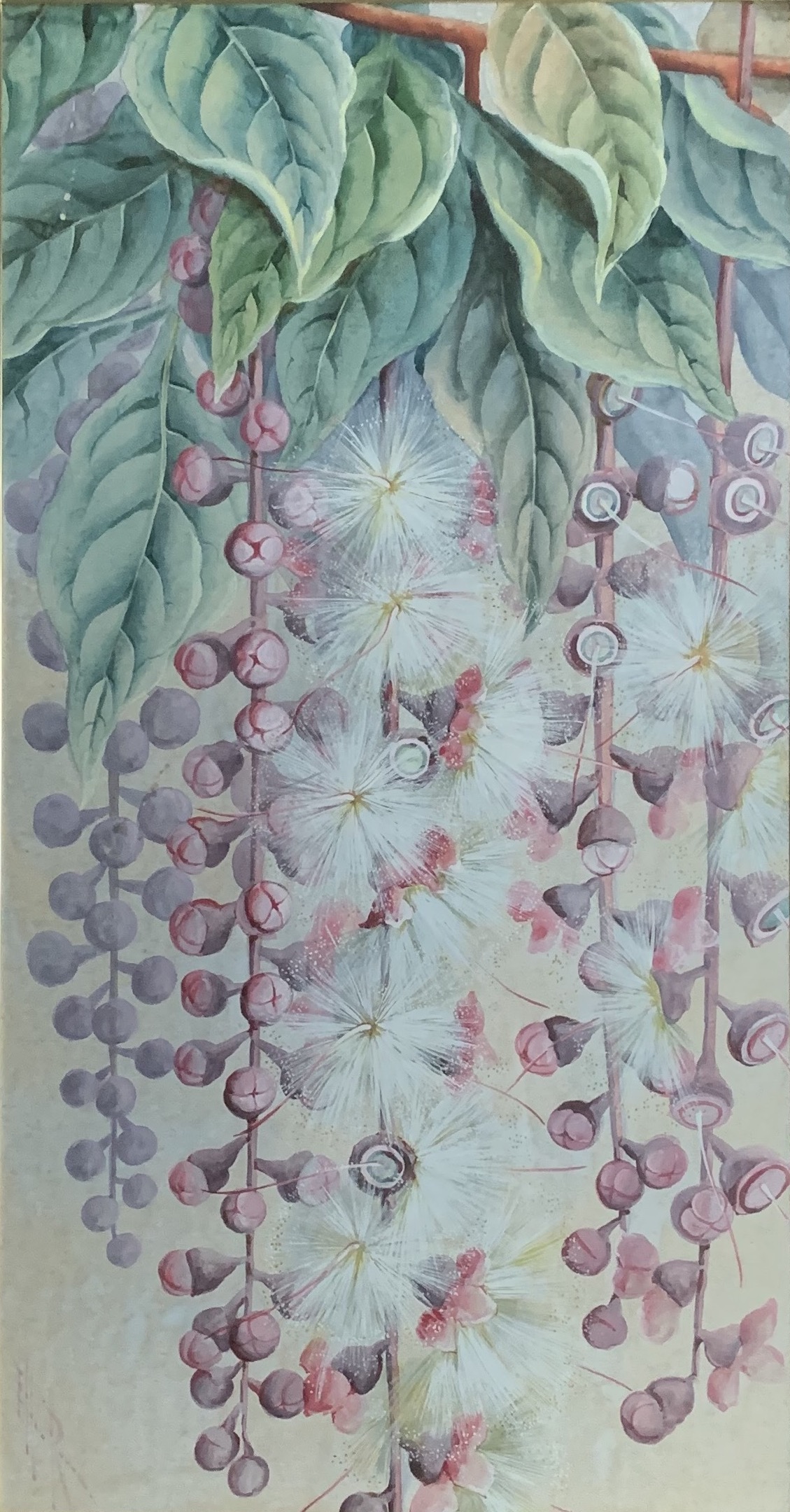 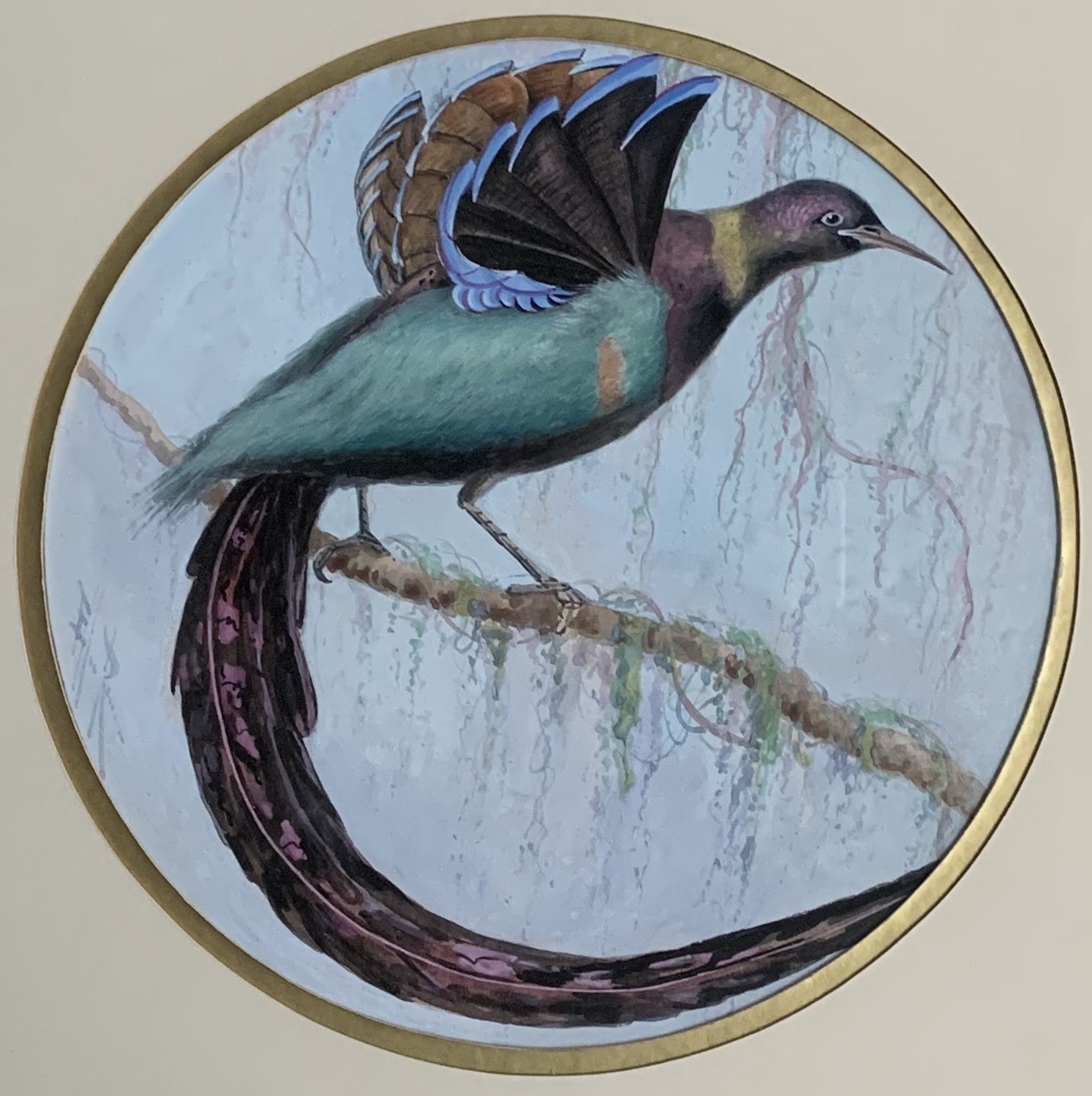 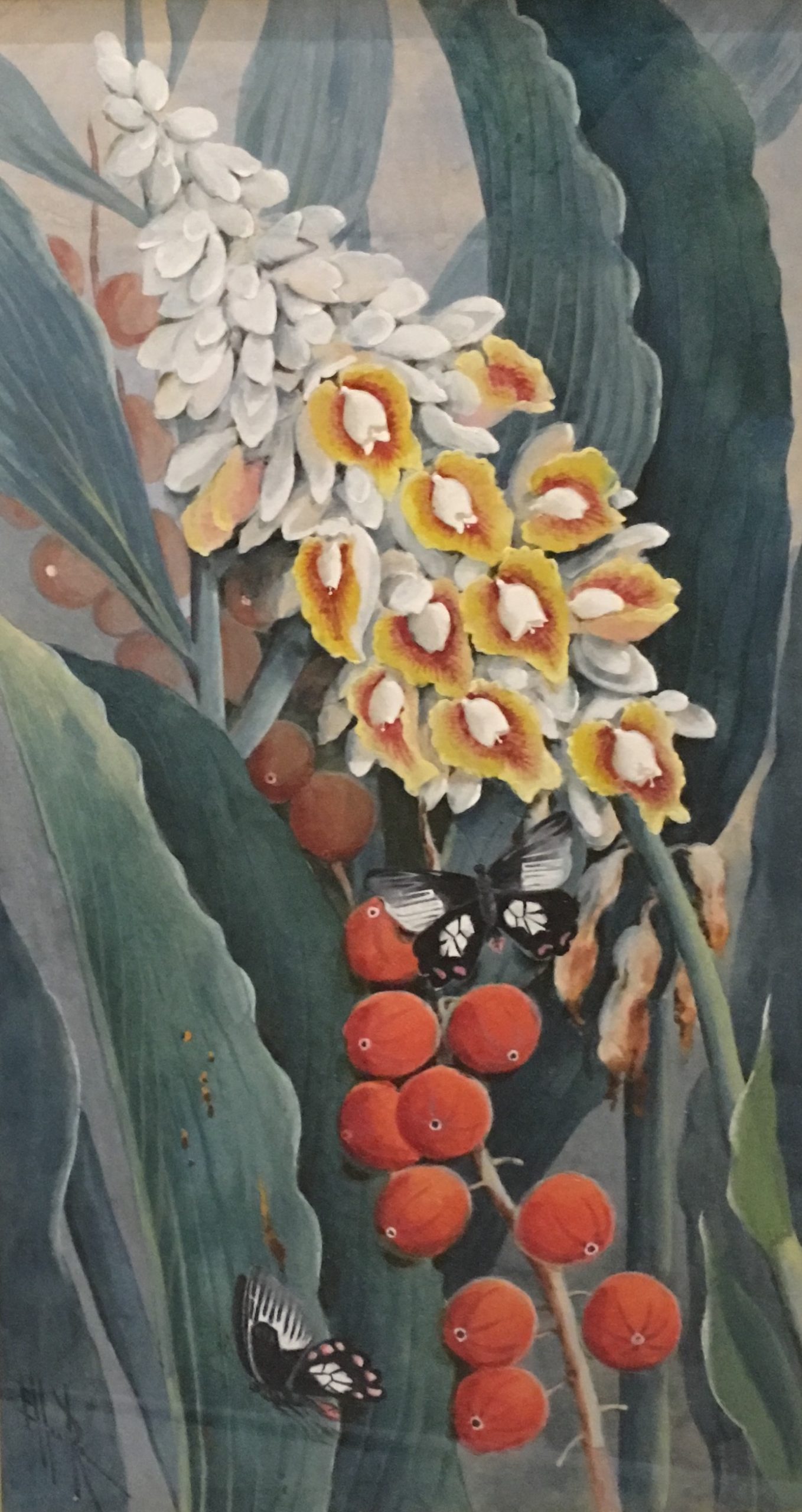