Lloyd Frederic Rees was born at the family home Avalon, in, Yeronga, a suburb of Brisbane. His ambition to study architecture was frustrated by a weakness in maths and physics. After leaving school in 1911, he worked as a clerk until 1913 when he was appointed Junior Artist on the staff of the Queensland Government Printing Office.
At this time he attended evening art classes at Brisbane Technical College under the tutorage of Godfrey Rivers, Martyn Roberts, and L.J. Harvey who were all influential in his development. Here he gained his first exposure to the coloured reproductions of Turner, Corot and Constable, drawings of Italy and photographs of the great buildings of Paris, all of which, and especially Corot, made lasting impressions on the young Rees.
Following a period of illness, Rees was able to study full time at the Brisbane Technical College, where his skills with pen, pencil and watercolour were honed. He soon attracted the attention of Sydney Ure Smith, publisher of Art in Australia, who offered a job with Smith & Julius Studio in Sydney. Commencing work in 1917, Rees found that the Studio was a hub for the Sydney art circle, and he was soon acquainted with the Lindsays, Arthur Streeton, Tom Roberts, Nellie Melba, Henry Lawson and Roland Wakelin, who became a close lifelong friend

In 1931 he married Marjory Pollard, and together they built a home at Northwood, on the Lane Cove River, which was to be a focal point for Rees for several decades.
In the mid 1930s, due to ill health, Rees refrained from using oil paint concentrating, on pencil drawings of Sydney, the harbour and the suburbs. Through these refined drawings, Rees cemented his reputation as one of Australia's finest draughtsmen gaining international recognition when awarded the Silver Medal for Drawing at the 1937 Exposition Internationale des Arts et des Techniques in Paris. Rees said in 1940 that 'drawing is a structural necessity for all depictive art of a vital and permanent character'. (1)

Until 1946 he worked mainly as a freelance commercial artist (which included designing two of the floats for the Opening of the Sydney Harbour Bridge) and in the early 1940s, he also taught drawing at evening classes at the Sydney Technical College. In 1946 he was appointed as a part-time lecturer in the Faculty of Architecture at the University of Sydney teaching Drawing and the History of Art. This appointment gave him more time to concentrate on his own work, and he freely acknowledged the valuable stimulus that he received from the students that he taught. He continued to teach there for the next forty years, giving his final lectures at the end of 1986. In 1942 he joined the Northwood Group of painters.

In 1952-53 Lloyd Rees visited Europe again, this time with his family. San Gimignano and the light tone of Italy encouraged him to lighten his palette, aided by the discovery of lead-free titanium white. This caused a marked change in the tone of the work, the blue in particular becomes a much higher tone. He returned to Europe in 1959, 1966-67, and in 1973, when Chartres became the major subject. When working overseas Rees concentrated on sketches, drawings, watercolours, and occasionally, oils. He developed many of the sketches into fully worked up oils on his return to Australia. At home, his favourite locations included the Sydney environs, Bathurst, the Illawarra, Central Australia and Tasmania. Rees loved nature and strived in much of his art to capture every day beauty. Like Cezanne and Corot, he used a meditative approach observing details over time.

The paintings, particularly the early landscapes, often have signs of habitation. Rees was fascinated by colour and managed to portray differences with great subtlety, making some of the works quite exquisite. Another change in the 1960s is the texture which becomes heavier, almost taking on the character of the earth itself. Rees last stage, known as the heroic stage, is more abstract and employs a lighter tone. In some of the later landscapes there is little sign of habitation and detail has largely given way to a wash of colour and tone, which Rees masterly employs with shape to create an almost touchable, floating, atmosphere. His passion for the Gothic makes him, like Turner, strive to capture the sublime and in his later years he bathes the viewer in light and sun, veiling us 'in mists in overwhelming present'. (2)

Lloyd Rees was a member of Society of Artists 1932, later Vice President then President and a Foundation member of Australian Academy of Art 1938.

''Lloyd Rees, Brett Whiteley: On the Road to Berry'', Museum of Modern Art at Heide, Melbourne

''A Celebration of Lloyd Rees'', University of Melbourne Gallery

Sydney University Union Medal for services to art & to the University

Inaugural Medal of the Painters and Sculptors Association of Australia

Awarded Companion of the Order of Australia

Awarded CMG for services to art

Granted Freedom to the City of Sydney

'Douglas Dundas' in catalogue of Society of Artists' Exhibition 1961

'Grecian Memories' in catalogue of Society of Artists' Spring Exhibition 1960

'Remembering Sydney in the Twenties' in ''Kalori Journal of the Royal South Australian Society of Arts'', Adelaide, April, 1965 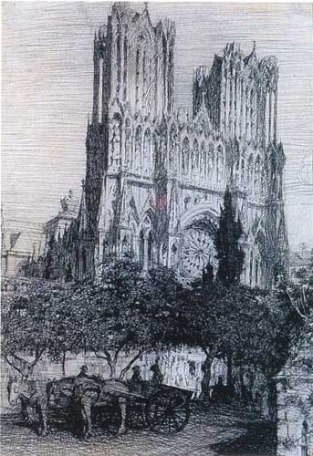 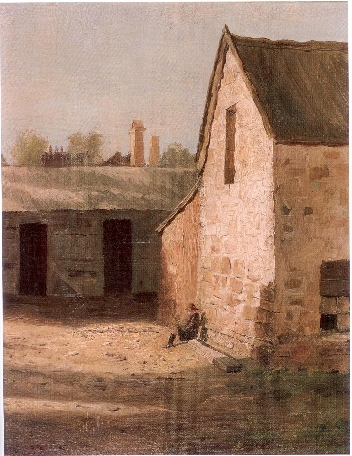