George Baldessin born in 1939 and moved to Australia with his family in 1949, was an artist who achieved critical success early in his career. At the age of twenty-five he sold his first work to a major collector, Joseph Brown, who acquired his sculpture Figure in an Enclosure, 1964.[1] In 1964, Baldessin held his first one-man show at Argus Gallery, Melbourne and on the strength of this exhibition he was invited to participate in ‘Recent Australian Sculpture’ organised by the National Gallery of Victoria.

During the late 1960s, Baldessin won a number of art prizes, including a travelling scholarship to Japan. Baldessin was included in the 1970 exhibition ‘Ten Printmakers’ at the National Gallery of Victoria, alongside prominent artists Fred Williams, Arthur Boyd and Noel Counihan. In 1971, Baldessin received a retrospective survey exhibition at the age of thirty-two, held at Ballarat Fine Art Gallery and another in 1974 held at Mornington Peninsula Art Centre. Baldessin, along with Imants Tillers, was selected to represent Australia at the 1975 Bienal de Sao Paulo. Afterwards, the two artists travelled to Paris together, where Baldessin taught Tillers printing and etching techniques.[2]

In Paris, George and his wife Tess lived in a small flat at 137 Boulevard Pereire, in the 17tharrondissement of Paris. Baldessin attended the Lacouriere print workshop where he met Dorothy Cameron, wife of the Australian ambassador to OECD, who offered him access to her studio. It was in this studio that Baldessin completed this drawing M M of Rue St Denisas part of his series of the same name.

On Baldessin’s return to Australia in 1977, an exhibition of the M M Rue St Denisseries, comprising thirteen large drawings, two triptychs and seven smaller drawings, opened at the Rudy Komon Gallery in Sydney.

Baldessin’s success and renown during his lifetime was tied to his mastery of both printmaking and sculpture. Alan McCulloch, prominent art critic and former director of the Mornington Peninsular Regional Gallery, describes Baldessin’s achievement as a printmaker ‘all the more remarkable [in] that it has been accomplished within a single decade during which Baldessin has gained also an enviable reputation as a sculptor.’

Baldessin’s death at thirty-nine, at the height of his career, came as a shock to the artistic community. His car had struck another on his way from his studio to his St Andrews home on 9 August 1978. Art historian Sasha Grishin describes of Baldessin’s death: ‘He was a huge, huge figure. It was almost to the point of declaring a public holiday to commemorate his death. People were in such shock, there were thousands at his funeral.’[3]

Key examples of Baldessin’s work are now in the collections of the National Gallery of Australia and he is represented in all of the state collections. He has also been collected internationally by the Museum of Modern Art in New York and the British Museum in London.

Despite a retrospective of his work at the National Gallery of Victoria in 1983, a combination of factors – including the death of his dealer Rudy Komon in 1982 and the relocation of his wife Tess (who held the estate) to the south of France - contributed to the limited public access to his works in 1980s and 1990s. Art critic Peter Timms observed that when Baldessin died ‘most of us thought Australia had lost one of its most important artists’ but that by 1997 he was ‘regarded as a relatively minor historical figure.’[4]

It is only recently that Baldessin’s reputation as a significant Australian artist has been reinvigorated. In the 2000s, there were exhibitions of his work at Castlemaine Museum and Art Gallery and at TarraWarra Museum of Art. More recently, a touring exhibition Creative Power: The Art of George Baldessin,organised by the Maitland Regional Art Gallery,has been scheduled for 2013-2015. Opening on 31 August 2018, Parallel Lines, a major joint exhibition with Brett Whiteley at the National Gallery of Victoria.

View works in the stockroom here 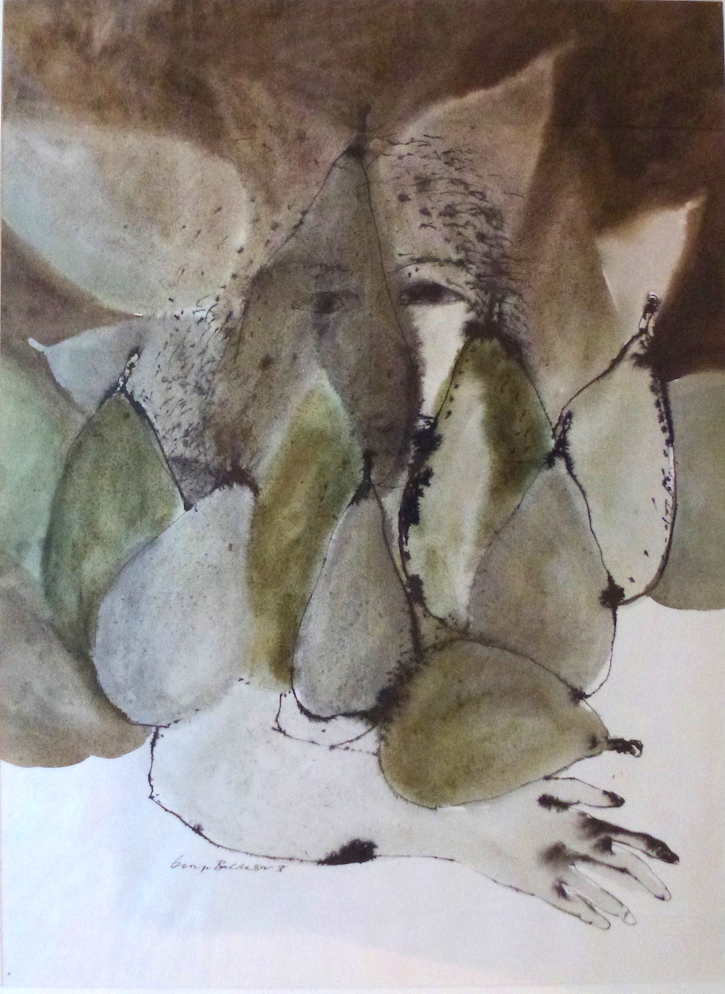 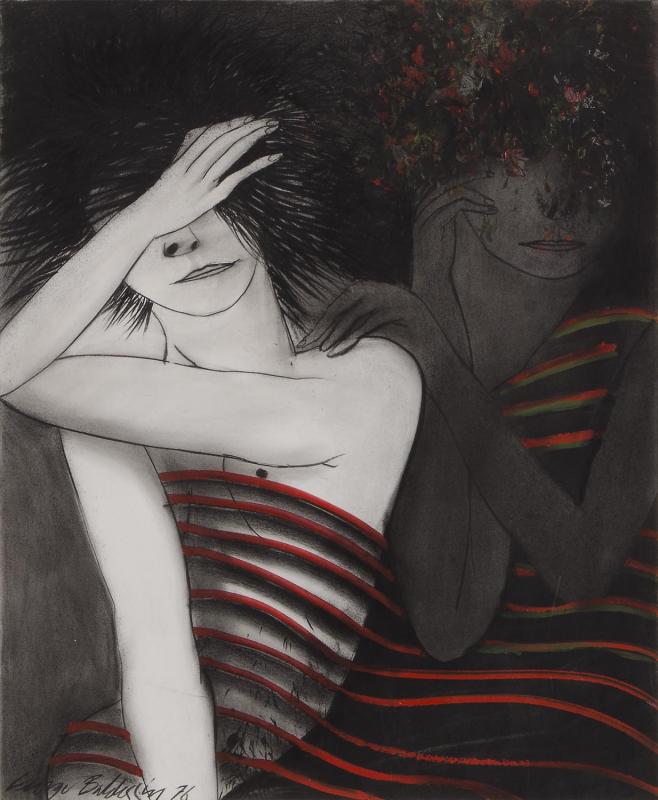