Ethel Carrick Fox is best known for her vibrant paintings created en plein air capturing the leisure class of Paris - the markets; parks; gardens and beaches of France. The rich dabs of pure bright colour and a focus on decorative rather than narrative elements, allow the strength of her understanding of colour and her considered compositions to shine through.

Born in Uxbridge, England, Ethel Carrick Fox was working in an artists’ colony in St Ives, Cornwall, after training at the Slade school, when she met Emanuel Phillips Fox. They married in 1905 and lived in Paris until 1913, affording them the opportunity to travel in Europe and northern Africa. By 1908 Carrick Fox was a member of the Union Internationale des Beaux-Arts et des Lettres; in 1911 she became sociétaire of the Salon d'Automne, later an associate of the Société Nationale des Beaux-Arts and prior to 1913 was the vice-president of the International Union of Women Painters. In 1928 she won the diploma of honour at the International Exhibition of Bordeaux.

Ethel Carrick Fox has been described as ‘colourful’ and ‘daring’, both her art and her life. An inevitable comparison with her husband Emanuel Phillips Fox certainly bears this out, as she moved beyond an impressionist sensibility to the more colourful and linear style of post-impressionism, as would have been the flavour in Paris with artists such as Matisse and Derain, with whom she exhibited. Her paintings of daily life; flower studies and works inspired by travels, are imbued with vibrant colour, strong composition and a concern to explore light. Her inclusion in the Salon d’Automne (created in 1903 as a move away from the academic and bringing movements such as fauvism and cubism to greater notice) from 1906, further highlights her lifelong trend of not conforming to social expectations of the time; focussing on her career rather than motherhood. Although the growing acceptance of female artists is upheld on the cover of the 1908 Salon d’Automne catalogue, which depicts a woman painting.

Carrick Fox established her career in Paris, London and in Australia with visits to Australia in 1908, 1913, 1925, 1933, 1940, 1948 and 1952, with exhibitions of her work and painting in Melbourne, Sydney and Adelaide. She particularly championed her husband’s work following his premature death. The recognition of Emanuel Phillips Fox has somewhat overshadowed her own until more recent times. A painting of a French flower market sold at auction in 1996 saw Carrick Fox become the highest price achieved by an Australian woman artist; with recent sales over one million dollars (in 2008 and 2019).

Alienated from her in-laws, Carrick Fox was supported by the Theosophical Society where she stayed in Mosman, Sydney, and who enabled her travels in India, Africa and Europe. Later in life, she had a studio in Sydney, where she also gave art lessons. She returned to Melbourne, just prior to her death in 1952.

1928 Diploma of Honour at the Bordeaux International Exhibition

Cruther's Collection of Women's Art, the University of Western Australia 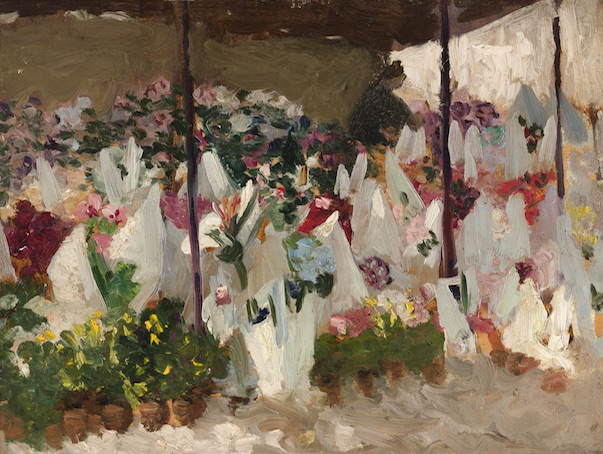 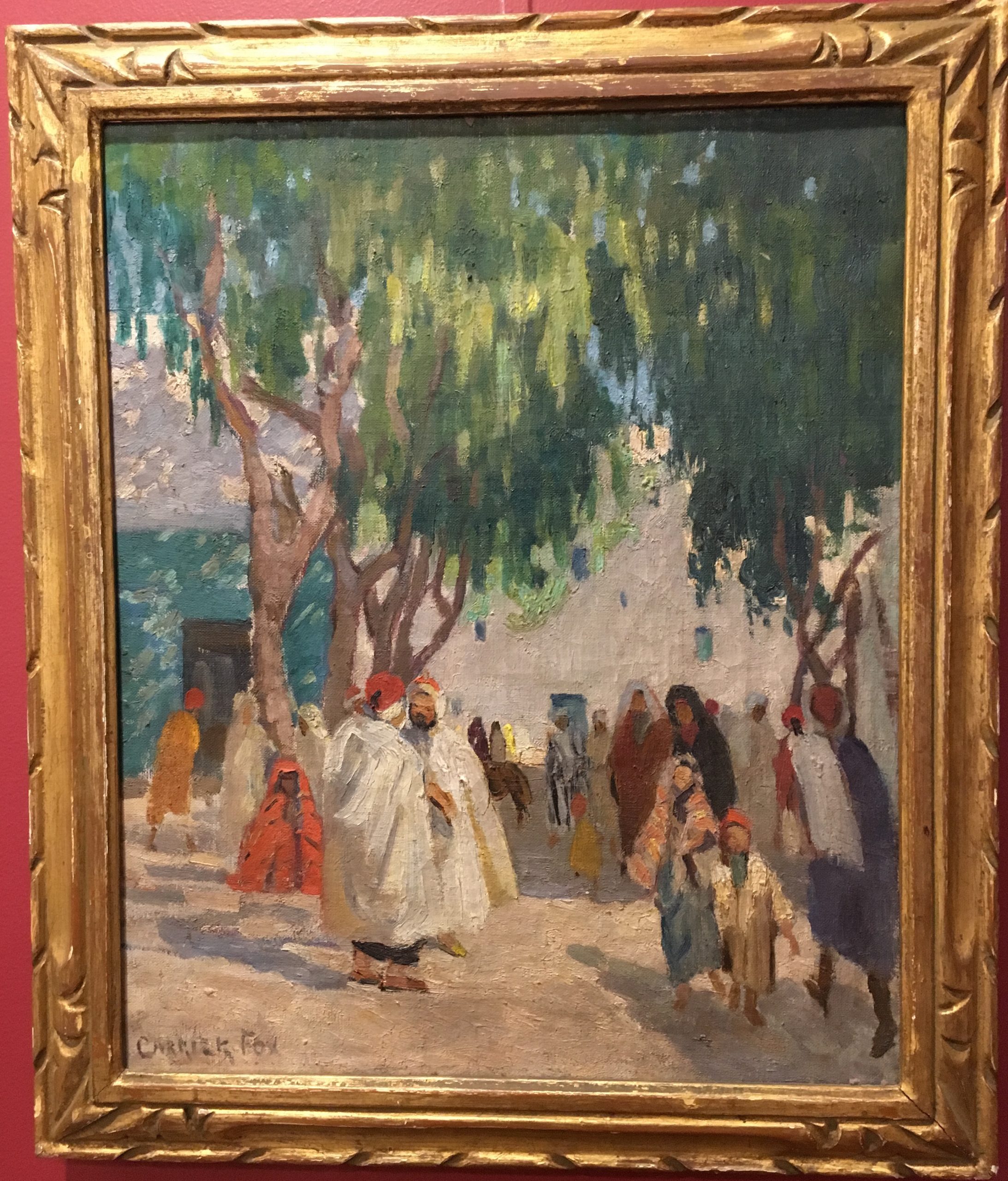