Clay As An Adventure

Ceramists are frequently limited by the size of their kilns, the amount of clay they can control on the spinning potter's wheel, utilitarian considerations of design or simply the heavy weight of tradition. While Dianne Coulter certainly uses clay, she states, I have never thought of myself as a ceramicist: always as a sculptor. If occasionally works are relatively small, others are decidedly not; she refuses to let the kiln size limit her imagination. And when she makes allusions to the past, tradition is never a limiting factor. Her use of clay is highly experimental and often combined with a wide range of imaginative, unlikely materials.

From her earliest terracottas she treated the fired clay in a variety of ways in order to increase the visual impact. At first glance Triste, 1977 (French for sad) is a conventional head, yet the warm clay of the face has been painted white and the eyes ringed with soot; holes have been drilled in the clay in order to give a realistic quality to the eyes, and the open mouth emits a silent scream. In a portrait head of a young boy produced a year later, the original clay can be recognised in the freely modelled hair, but the terracotta has been covered in epoxy resin and then rubbed with graphite so that the surface glows like polished metal; to the portrait she added a leather coat collar. The realism of William 1979 is reinforced by the addition of synthetic hair - thin and wispy around the slightly bald head. And the head of a young girl of the previous year was actually given a mop of red hair made from crocheted wool. The old dictum of "truth to material" is certainly no limitation on Dianne Coulter's imagination or her freedom.

The male and female torsos which Coulter has produced over a considerable period of time show her respect for, and her links with, the past; as she says, "The classical still exists for me." (Not as irreverent as one could conclude, even with the inclusion of shawl and fox fur; and if she did add glass eyes to her Greek Labourer, this was within the tradition of the classical sculptors of Greece and Rome.) Hers are true torsos, with the emphasis on the body, minus arms and legs, as with the Greek and Roman sculptures which have lost their limbs. Simple in sculptural form, they have a subtle sense of life, a possibility of movement and "a sensuous presence" (Alan McCulloch, the Herald, 12th October 1978). There is a contemporary frankness in the nudes; the females display their breasts while the males proudly show their endowment. Even Angel, produced later in 1991-2 and cast in bronze in 1996, is no sexless, cherubic being but rather, exudes an unashamed sexuality.

Obelisk 1992-3, on the other hand, is a simple dramatic sculptural form, that makes references to architecture and ancient monuments, to military rockets, and with its aggressive projecting spikes, even hints at some vicious explosive device. Other objects, appearing initially to be based on natural forms such as the distinctive seedpods of Banksia trees, also partly resemble hand grenades.

Two recent and very expressive depictions of African women plus a comment by the artist, "I seem to have taken a circuitous route back to faces and figures again", support the notion that this is where her heart lies. One figure stands tall and erect, with a headdress of real cloth swathed as a turban, the pattern of her dress scratched and painted onto the clay. The other, a bust, depicts a quietly dignified woman balancing a load of firewood on her head - the head dress a piece of rusted iron found in a paddock and the firewood, real sticks collected on the artist's property at Allandale. To the artist, working in her studio in the Australian countryside, it is perfectly clear why she is depicting an African woman. As she muses, "This is the world we live in. It ties in with what's happening in the world." The plight of the women of Darfur is known to us all.

Dianne Coulter has travelled widely in Asia and Europe, lived in France, sailed from Australia to Indonesia, visited Bali frequently, lived in New Guinea - all the time mindful of the people. She handles clay with the same sense of adventure she has brought to her travels, depicting with imagination and humanity the wide range of characters she has observed.

VIEW AVAILABLE WORKS BY DIANNE COULTER IN THE STOCKROOM HERE 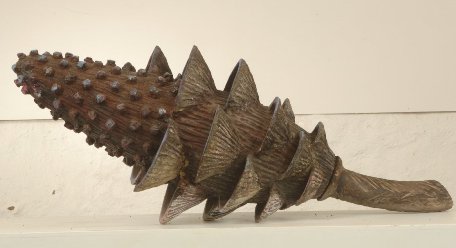 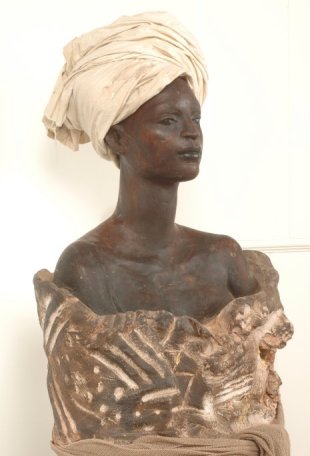 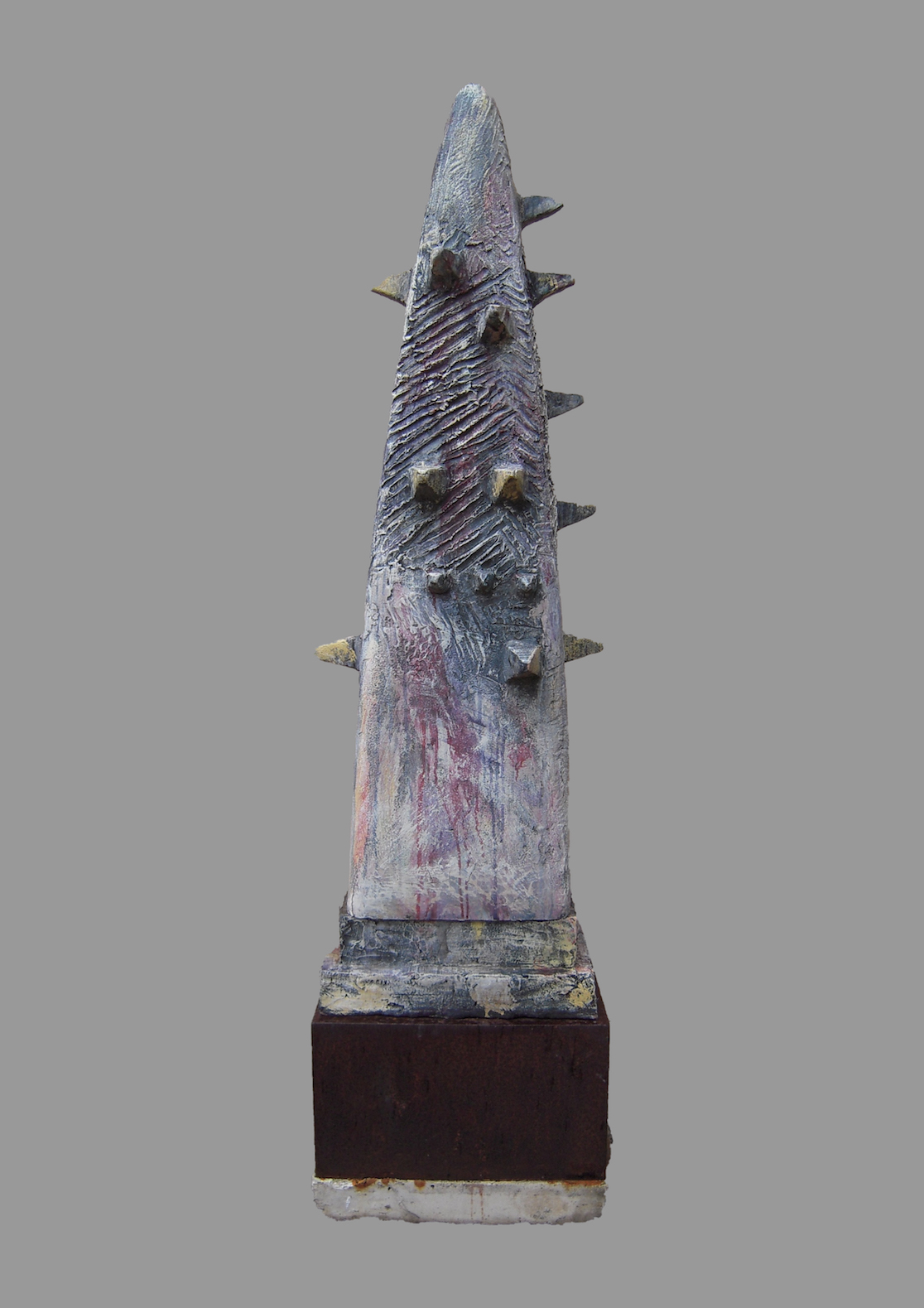