Charles Conder 1868 – 1909, recognised as an integral figure in the history of Australian impressionism and the renowned Heidelberg School arrived in Australia aged 16 and from 1887 was working part-time for the Illustrated Sydney News whilst also attending night classes at the Art Society of New South Wales. He painted with a number of recognised artists in Sydney, including Julian Ashton, Girolamo Nerli, Albert Fullwood, Benjamin Minns, Phil May, Blamire Young, amongst others. In 1888 he moved to Melbourne, sharing a studio with Tom Roberts and spending time with both Roberts and Streeton painting en plein air in Heidelberg.

One subject Conder painted with constant delight throughout his life in the three countries in which he worked - Australia, France and England - was the beach. He loved it for providing not only a site of natural beauty for the plein air painter, but also for its potential as a kind of living stage on which small human dramas were enacted.  The elaborate rituals of the beach tents and bathing machines of the Edwardian beaches and the complicated rituals of dis-robing and trying the waters endlessly fascinated him as they did many other artists of the time.

Exploring the possibilities of the square brush technique, a technique synonymous with en plein air painting and one which characterises the oil sketches of Streeton, Roberts and Conder in the 18 month period 1888-90. This was a time when they often worked together and exhibited their sketches together, notably in the notorious '9 x 5 ' Exhibition staged at Buxton's Gallery in Swanston Street Melbourne in August 1889 which also included the work of Frederick McCubbin and Charles Douglas Richardson. It is a style of painting characterised by square blocky forms, broad sweeps of pigment and a lack of attention to detail. As the well known French Academician and teacher Jean-Leon Gerome said; 'When you draw, form is the important thing; but in painting the first thing to look for is the general impression of colour'. Roberts is said to have brought this saying back to Melbourne and the three artists felt it so characterised what they were attempting with their oil sketches that they had it printed in the catalogue to the '9 x 5' Exhibition.

By the late nineteenth century the spontaneous qualities of the sketch were becoming more and more prized by critics and collectors. As part of the move towards modernism, the subject of a picture was seen to be of less importance than the manner in which it was handled - Monet's series of Haystacks done in the late 1880s early 1890s being the prime example of this. A new aesthetic was emerging but it was less understood in the more conservative English-speaking countries than in France and almost completely mis-understood at the time in Melbourne when the local art critic of the Argus, James Smith, castigated the artists for the lack of 'finish' amongst other things when he reviewed their 'impressionist' exhibition in 1889. Miss Raynor although not exhibited at the
'9 x 5' Exhibition belongs within Conder's exploration of this new aesthetic, the 'new art' which was so controversial in Melbourne in the late 1880s.

It is typical of Conder's work over the 18 months he painted around Melbourne that the figures in his landscapes and beach scenes, although small in scale, provide the vital focus of the picture, an often witty or amusing point to a broadly painted canvas. His early graphic training and work as a black and white artist in Sydney had taught him the value of the understated subject. So we do not look to Conder for the serious or self conscious subjects which we find in his Heidelberg friends Roberts, McCubbin and even Streeton at times. Art for Conder had a much more indirect and complicated relationship to life. He enjoyed a graphic joke in the manner of the French exhibiting group of the 1880s 'Les Incoherents' far more than the sentimental tales and worthy Victorian subject-matter to which McCubbin, Roberts and Streeton were more attracted.

He rarely repainted his small sketches as larger, finished studies later in the studio in the accepted manner of the day. Instead, Conder leaves these works to stand in their own right. He embraced more fully than any other member of the Heidelberg School the aesthetics of the sketch and its sensuous qualities of touch and immediate response to a subject.

Conder departed Australia for Europe in 1890, residing first in Paris, and then in London by 1894. Whilst based in England, he spent many summers on the Continent, often at Dieppe – a location visited by numerous English artists. The time Conder spent here surrounded by artists such as Walter Sickert acted as a spur to his artistic development. After 1895, Conder became interested in fan designs, creating beautiful watercolour on silk works.

By 1901 Conder had been living in Europe for over a decade. He had no fixed home but moved from painting ground to painting ground as the seasons changed, with studios in Paris and London at various times. In July 1901 he joined his future wife Mrs Stella Maris Belford and her aunt at Ambleteuse on the coast south of Calais.

But his favourite painting ground in the years after he left Australia was undoubtedly Normandy. Each year he would come to paint the spring blossoms in the Valley of the Seine and then move on to spend as much of the summer as he could on the Atlantic coastline.

Charles Conder is acknowledged as one of Australia's most talented artists and is widely recognised in collections by all major Australian public galleries as well as international public galleries.

Charles Conder - artworks in the stockroom 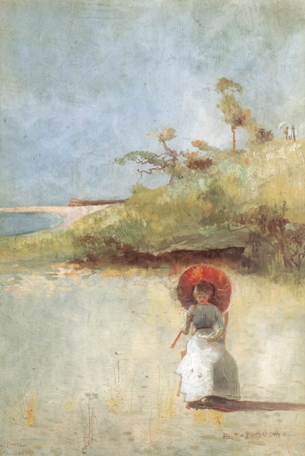 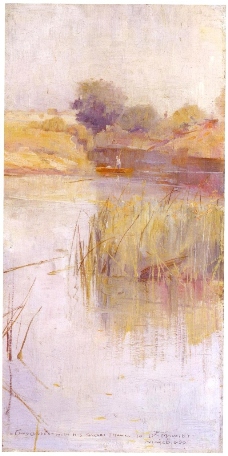 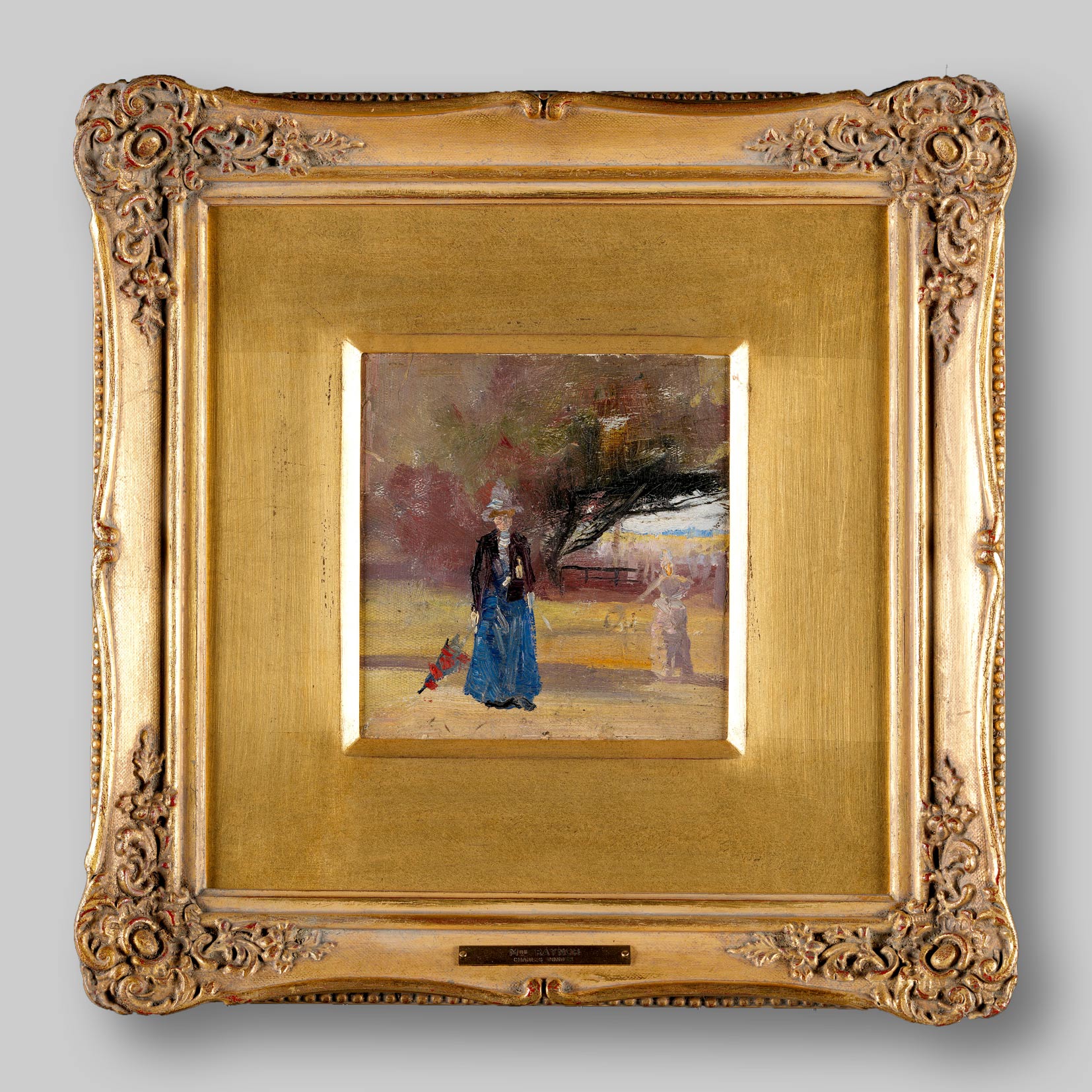