Augustine ‘Gus’ Dall’Ava is one of the foremost sculptors working in Australia today. He was born in France of Italian heritage and immigrated to Australia at the age of 5. He attended Richmond Technical School, an inner city trade school, and received no art education as a young adult.

In 1967 a friend took Dall’Ava to see the exhibition Two Decades of American Art at the National Gallery of Victoria. In Dall’Ava’s own words, the exhibition, with works from the Museum of Modern Art in New York, ‘opened up a new world’.

Dall’Ava enrolled at the Royal Melbourne Institute of Technology and obtained a Diploma of Fine Art in Sculpture in 1973. Following his graduation, Dall’Ava worked as a labourer while he continued his artistic practice. He gradually built up a body of work that was exhibited alongside Tony Pryor and Geoffrey Barlett’s work at the 109 Gertrude Street Studio Show in 1977.

An influential experience for Dall’Ava was his three-week visit to Japan in 1976. He soon developed a great admiration for the artistic culture of old Japan, in particular the bond between the world of nature and the world of art, the sensitive use of everyday materials and the art of serene understatement. Dall’Ava recalls a visit to the home of a Buddhist monk where he saw a shelf of carefully selected and displayed stones, valued not for any intrinsic worth other than their natural beauty. Dall’Ava was so impressed by the austere simplicity of Japanese art and its sense of tranquillity that he incorporated many of it tenets into his practice.

By 1984 Dall’Ava had moved away from the use of framing devices such as screens toward a more fully developed handling of forms in space, creating delicate and elegant biomorphs such as Hybrid Passion 1988. In the early 1990s Dall’Ava started incorporating marble into his assemblages, which he selected for its variegated patterning.

In recent years the natural tones and organic shapes of his earlier works have been combined with the geometry of precise shapes and primary colours. The Dialogues and Conversations series, fully engage the viewer by drawing the eye across a narrative of intricate marble and stainless steel forms. The. Dall’Ava uses found natural objects such as stones, wood and shells contrasted with stainless steel and bright colours, to construct and create his elegant, lyrical sculptures. There is balance and allure in the use of shapes and the assemblage of juxtaposing materials. There is a joy and sense of playfulness in Dall’Ava’s sculptures which challenge the concept of weight – stones are placed to seems light as air, and the intimate size of the works belies the heavy marble base.

Over three decades of practice Dall’Ava has evolved an art of gentle contemplation and with it a mastery of the relationship of forms and elements within the natural and the created worlds. 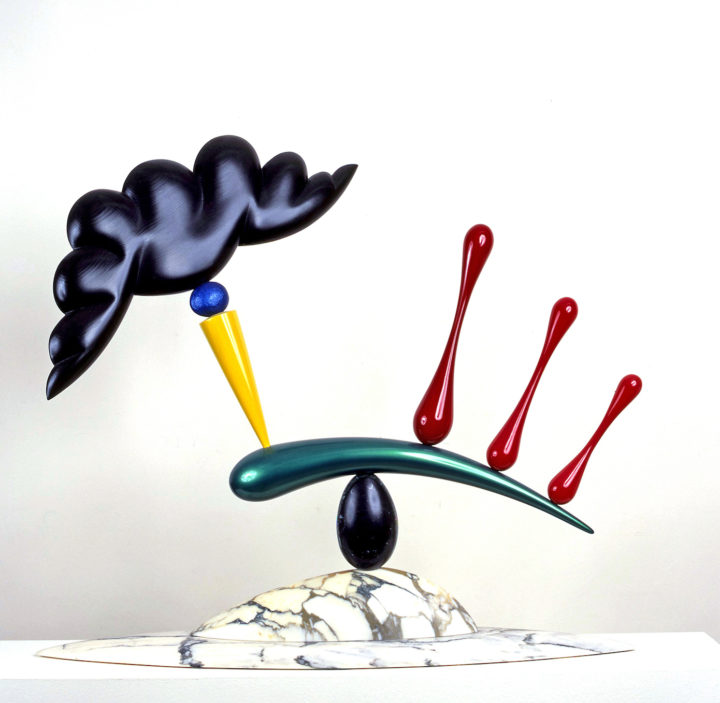 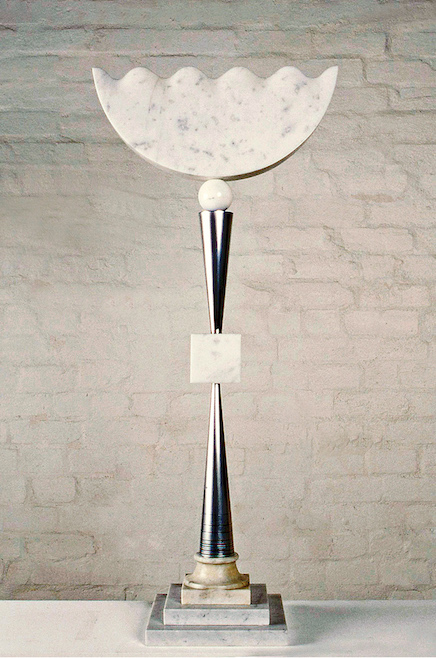 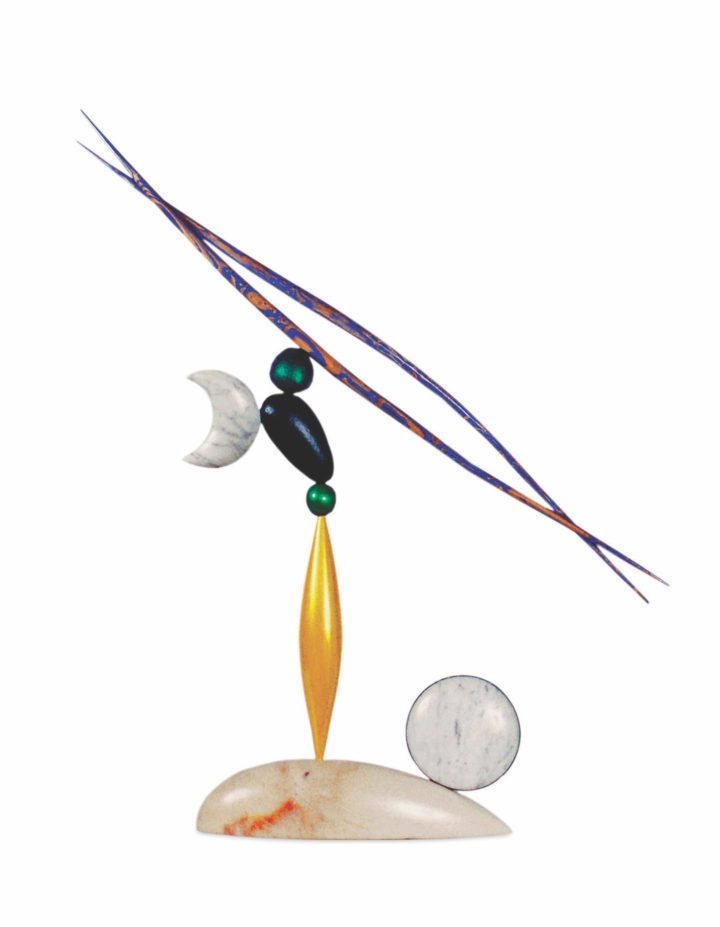