Abraham Bloemaert was one of the most important painters in Utrecht during the first half of the 17th century. His many prominent pupils included the Utrecht Caravaggisti. His family moved to this city before 1576 and Abraham's early training seems to have been drawing under his father's supervision. In c. 1582, at the age of fifteen or sixteen, he went to Paris where he would have been exposed to the French Mannerist decoration of the School of Fontainebleau. However, although there is no evidence that he was ever in Haarlem, there is a distinct debt to two Haarlem masters in his early drawing style:1 Hendrik Goltzius and Cornelis Cornelisz. The example of Goltzius, as an engraver, apparently encouraged him to draw designs for prints, even though he never made engravings himself. 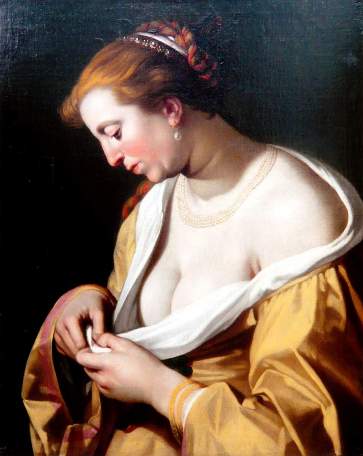