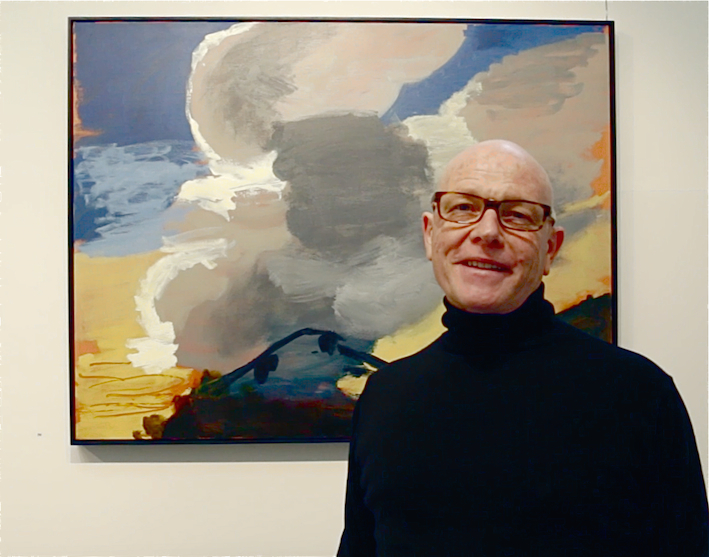 It is with great sadness that we acknowledge the passing of Andrew Sayers who died peacefully at home on Sunday 11 October after a diagnosis of pancreatic cancer.

Andrew established his career as Curator (drawings) and Assistant Director (Collections) at the National Gallery of Australia, Canberra (1985 – 1998) and his extensive knowledge and passion for drawing can be seen at the opening speech he gave for our DRAWN exhibition last year.

He was the author of several significant publications, principally Drawing in Australia, 1989; Aboriginal Artists of the Nineteenth Century, 1994; Sidney Nolan; The Ned Kelly Story, 1994 and Australian Art in The Oxford History of Art, 2001.

Andrew’s leadership as the inaugural director of the National Portrait Gallery, Canberra (1998 – 2010) overseeing the growth and development of both the collection and the building project of this much-loved and visited institution, is testament to his perseverance, skill and friendly charm.

More recently, Andrew was Director of the National Museum of Australia, Canberra (2010 -2013). In 2010 he was appointed a Member of the Order of Australia (AM) for services to arts administration.

Throughout his academic and professional life in the arts industry, he continued his own artistic interests and it was with great pleasure and pride that we presented Andrew’s exhibition earlier this year. His first major solo exhibition, Nature Through the Glass of Time revealed Andrew’s great talent, with earlier paintings informing the more recent landscape gouaches, which quite joyfully expressed space and sea and sky, and the oil paintings with their greater level of complexity informed by Andrew’s extensive art historical knowledge.

We were delighted with the exhibition and the opportunity it provided for a wide audience to see the numerous works hanging together. Ted Baillieu opened the exhibition with an entertaining and engaging speech which can be viewed on our website. Andrew’s presence at the Gallery was one of grace and quiet pride matched with the determination and self-belief that is required of good artists. We hope the experience provided both excitement and fulfilment.

We are sure Andrew’s inclusion in the Doug Moran Portrait Prize in 2014 and this year’s Archibald Prize gave him great satisfaction, especially considering his immense professional relationship with portraiture.

Andrew’s influence as someone who shaped the arts in Australia, from both sides, will be a lasting tribute.

Our thoughts are with Andrew’s wife Perry and their three daughters.

An exhibition of Andrew’s new work is scheduled at Beaver Galleries, Canberra in November.